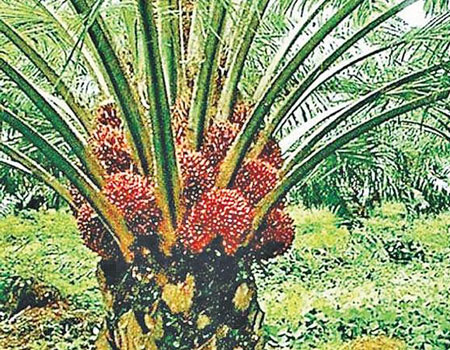 Oil palm cultivation does not have an adverse impact on the environment rather it contributes to preserve the ecology. Banning the cultivation of the lucrative crop will be a major loss to the economy, said an agricultural expert.

Former Chair, Department of Plantation Management, Wayamba University, Prof. Asoka Nugawela said oil palm cultivation does not have negative impacts on the environment instead as other plantations crops such as rubber, it contributes to the environment by reducing atmospheric carbon dioxide levels, protecting the soil from the direct impact of rain fall and contributes to the natural water cycle.

“This scenario is not relevant to Sri Lanka because in Sri Lanka the oil palm crop is used for crop diversification and hence rubber, tea and coconut lands are used for the purpose,” Prof. Nugawela said, adding that banning of oil palm cultivation in the country owing to environmental concerns is a good move.

The new government decided to ban oil palm cultivation last month taking into account its adverse effects on the environment.

Several protests were held across the country in the past demanding the government to ban palm oil cultivation claiming that springs in their areas had dried up due to the cultivation of oil palm.

“Research and development work has been undertaken in all oil palm growing countries such as Malaysia, Indonesia, Thailand, India and also in some African countries. Based on the outcome and using the technologies developed this crop is being cultivated for over 100 years in those countries. Apart from felling natural forests to obtain land for cultivation as a crop oil palm is not adversely impacting the environment of these countries.

“Malaysia is having around 6.5m hectares of oil palm for a period of over 100 years with no negative impacts on the environment reported. Basic agricultural and processing practices adopted in Sri Lanka are mainly those developed in Malaysia.”

He said the technology developed through Research and Development work undertaken in other countries in the same geographic regions could be applied to Sri Lanka as well. Further, the Coconut Research Institute of Sri Lanka is mandated to conduct research and development work on oil palm by the government. Also universities in the country are also conducting research work on oil palm.

“Having oil palm plantations in Sri Lanka will have zero negative impacts on the environment as evident from other oil palm countries that had being growing this crop for a more than a century,” Prof. Nugawela said, adding that the negative impact of felling forests is not an issue with the crop that is planted. Whatever the crop grown after felling forests the negative impact on the environment will be the same and it’s not an issue with the crop that is grown. It is how you grow the crop.

He said based on current market conditions Oil Palm is the currently most profitable plantation crop. With this crop the plantations could generate adequate revenue to invest on soil and moisture conservation practices in the plantations. The revenue generated from tea and rubber is currently not adequate for this purpose. Hence, in the light of these conditions oil palm will ensure sustainability than other plantation crops. The country spends over Rs. 30 billion in foreign exchange each year to import palm oil.