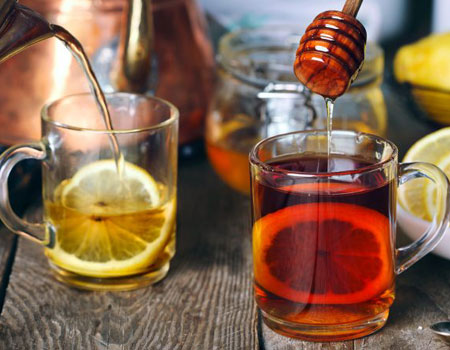 A new study conducted on male mice published in the Journal of Nutritional Biochemistry expounds on the fascinating relationship that our gut microbiome shares with weight gain.

Gut bacteria enhances our ability to communicate with our immune system in addition to helping us produce several important vitamins. The trillions of bacteria that line our intestines determine how well we absorb nutrients from the foods we eat.

A previous experiment conducted on rodents found that when gut bacteria from obese humans were placed inside mice, the mice began to put on significant weight.

“Two-thirds of American adults are overweight or obese, and we know that just telling people to eat less and exercise more isn’t working. It’s important to establish complementary health-promoting approaches that can prevent obesity and related problems,” says Richard Bruno, the recent study’s lead author and professor of human nutrition at The Ohio State University

Because green tea has been independently studied to encourage friendly bacteria, Bruno and his team of researches wanted to verify the previously published data as a viable method of keeping excess weight off.

How green tea promotes the benefits of a healthy gut microbiome

Over the course of eight weeks male mice were put into two groups (female mice were not included in the study due to their resistance to diet-induced obesity. ) One group of mice was administered a high-fat diet meant to lead to obesity, while the other group was given a regular diet. Half of each group had green tea extract mixed into their food. The researchers then surveyed both groups based on these key factors: body and fat tissue, the extent of leaky guts, inflammation in fat tissue and intestines and the composition of gut microbes.

Interestingly enough, in addition to expressing a lower insulin resistance, less inflammation within fat tissue and the intestine boosted protection from toxic bacteria components and generally less leaky guts, the mice given the green tea supplemented high-fat diets gained 20% less weight than the mice given identical diets minus the green tea. These positive results carried over to the mice put on regular diets supplemented with green tea extract but to a much lesser degree.

“This study provides evidence that green tea encourages the growth of good gut bacteria, and that leads to a series of benefits that significantly lower the risk of obesity,” said Bruno.

Many viruses, bacteria, and fungi are integral to heart health, our immune system and maintaining a healthy weight. The antimicrobial components of green tea have a tendency to eradicate unhealthy organisms while leaving helpful ones untouched. Bruno intends to conduct further research with human trials but currently proposes that about 10 cups of green tea throughout the day should produce similar effects. He also recommends consuming green tea in moderation with food to achieve optimal results.