Mendacious propaganda against workers’ demands by the Planters’ Association 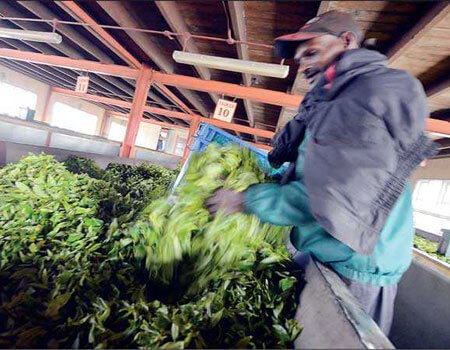 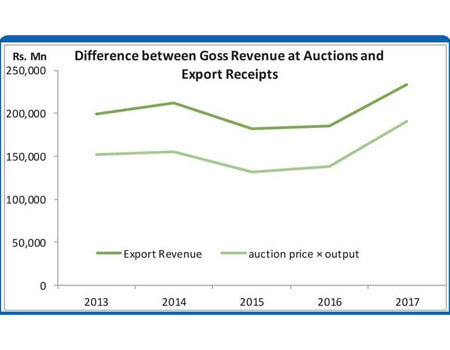 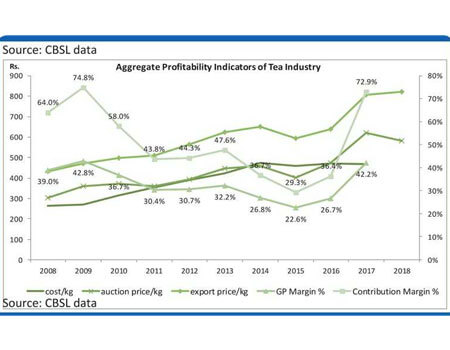 The Planter’s Association of Ceylon on 15 February published an article titled ‘Planters’ Association responds to Kiriella comments’ in the Daily Financial Times, explaining why an increase of the basic daily wage from Rs. 500 to Rs. 1,000 within estates is unrealistic.

It is the aim of the following account to show why their claims are prevarications designed to conceal the great magnitude of surpluses generated by the plantation workers each year and thereby supress their demand for a liveable wage. In this light we would show how the surplus in the sector is siphoned off deviously in the process of circulation by a commercial elite which goes by the misleading title “modern planters” while their mode of surplus appropriation solidifies the archaic methods of production existed during early decades of 19th century.

First, they assert the cost of production of a kilo of tea is greater than the auction price received and therefore plantations are loss making and auction price has to rise approximately to Rs. 850 for the estates to pay workers Rs. 1,000 a day as basic wages while the venture still remaining profitable.

The planters thereby wilfully conceal the fact that higher productivity of the Kenyan plantation workers is purely owing to the mechanisation of the tea harvesting process and not because the Kenyan workers toil more than three times their Sri Lankan brethren. That is to say it’s the backwardness of the plantation owners themselves which resulted in the lower labour productivity of the workers and not vice versa. Instead of reinvesting the surpluses/profits generated by the workers in mechanising the harvesting process and raising labour productivity, planters have been destroying it in scandalous consumption or in investments into further speculative ventures while the workers remain in destitution.

Marx and Engels over 160 years ago wrote in Manifesto of the Communist Party that ‘The bourgeoisie cannot exist without constantly revolutionising the instruments of production, and thereby the relations of production, and with them the whole relations of society’. However, splendidly disproving their claims our planters have successfully stagnated the production forces for over two centuries forcing the workers to harvest using their two fingers while in Kenya the process of harvesting is aided by light machinery, raising labour productivity and therefore real wages while plantations increasing profitability.

Our planters have however splendidly succeeded in revolutionising their mode of consumption as opposed to production embracing the latest luxuries the world has to offer while ossifying the methods of production to what existed in the pre-Marxian era two centuries ago.

Not only has the Planters’ Association wilfully produced false data to hoodwink the public to justify their ruthless exploitation of the workers but also they treacherously refrain from citing the higher export price they fetch once the output is transferred from the auction into the hands of the exporters who are the same entities that control the 21 Regional Plantation Companies (RPCs) accounting for approximately 40% of the tea output of Sri Lanka. The Planters’ Association highlights that the auction price they receive is comparatively low and therefore wages cannot be increased without plantations incurring significant losses. This they justify by underscoring that their revenue is determined by the price reached at the auctions.

Although RPCs and licensed tea exporters are separate firms maintaining separate accounts, they are owned by the same group of firms operating within and outside the industry. Hence, the surplus of the tea trade is predominantly accumulated among the licensed exporters while the RPCs accounts show moderate profits or losses compared to the large aggregate profits made within the industry. This enables the RPCs to deceive the workers, the state and the general public to believe that the industry itself is loss making or less profitable and therefore wages cannot be increased.

Majority of the profits are accumulated in the licensed export firms which are predominantly owned by the entities who own the RPCs. For instance, Aitken Spence Plantations Holdings PLC (ASPN) is a related party of Stassen Exports Ltd., which is a licensed tea exporter. Majority shares of ASPN are held by Aitken Spence PLC and also MJF Holdings Ltd. (Merrill J. Fernando) which is a licensed tea exporter through MJF Teas Ltd. (Dilmah).

Hence, only a fraction of the aggregate profits of the tea industry in Sri Lanka is reflected in the RPCs accounts despite RPCs producing approximately 40% of the tea output each year. This is so given that their revenue is determined by the auction price which is significantly lower than the export price received by the licensed exporting firms despite both entities are connected through ownership. Hence, majority of the profits are accumulated among the exporting firms while RPCs profits remain low or are loss making. Therefore, it is misleading to examine the profitability of the individual firms as well as of the sector by merely probing income statements of listed RPCs and thereby trying to determine whether a wage increase is feasible.

Analysis of the aggregate cost and revenue figures for the industry in this light will assist us in further understanding the degree of exploitation of the plantation workers by the oligopolistic firms controlling the trade. Annualised revenue of Sri Lanka’s tea exports in 2018 based on first 11 months data is $ 1,430 million (CBSL, November 2018 External Sector Review), equivalent of Rs. 232.1 billion. Deducting the re-exports revenue of Rs. 11 billion as per Sri Lanka Tea Board data (SLTB) indicates that revenue from tea exports from domestic production for the year was Rs. 221.1 billion.

Further, average export price was Rs. 821.49 (SLTB) in 2018 indicating that Sri Lanka exported 282.4 million kilos during the year while aggregate tea output in 2018 was 303.84 million kg (SLTB). That is to say 21.44 million kg of tea was sold domestically at higher prices fetching approximately Rs. 900 per kilo. Hence, domestic sales generated additional revenue of approximately Rs. 19.2 billion and circa Rs. 6 billion in profits. That is to say aggregate revenue from both domestic sales and exports was Rs. 240.3 billion in 2018.

Further, the industry as a whole employs approximately 350,000 workers while average daily wage of both male and female labour was Rs. 910 in 2017. Hence, the aggregate wage bill of the sector would amount to circa Rs. 95.6 billion assuming 300 work days per year.

The planters further claim that labour accounts for 70% of total production costs which is to say that aggregate production cost of the sector was Rs. 136.5 billion in 2018, yielding 39% gross profit margin and 68.6% contribution margin for the sector in 2018.

In this light if the RPCs’ daily wage is doubled to Rs. 1,400 from Rs. 700 in 2018 the wage bill will rise to Rs. 58.8 billion (derived by adjusting for 40% of output share) and costs will be Rs. 84 billion, with aggregate revenue remaining Rs. 96.1 billion. Therefore, despite doubling the wage bill, contribution margin and gross profit margin of RPCs will remain at 14.4% and 12.6% respectively.

Hence, when the profits of the sector excluded from books of the RPCs are accounted and merged, it can be easily seen that workers’ wages can even be doubled while the industry in its totality remaining profitable.

This is so because the auction price used as propaganda by the Planters’ Association to hoodwink both the public and the State has been on average 33% lower than the export price during the last 10 years. It more importantly disproves the claims of Planters’ Association on impossibility of a significant wage increase due to thin profitability or accumulation of losses under current regime of prices.