Meet the artist who paints stunning pictures on tea bags

What do you do with a used tea bag? Throw it in the trash without any further thought?

Not Ruby Silvious. The Philippines-born, US-based artist has found an ingenious way to regenerate used tea bags into stunningly intricate works of art.

Her watercolor paintings are inspired by destinations around the world and the sights and sounds of her everyday life.

Whether she's capturing cobbled streets in Provence or sketching limoncello in Italy, Silvious' paintings are tiny snapshots of the culture of each location, incredibly detailed despite their small-scale.

"As an artist you're always trying to find unique ways of expressing your art, and I think this is where all these discarded materials as canvasses came to light," Silvious tells CNN Travel.

The idea for this project was born, naturally, over tea. Silvious was discussing art projects with her sister when the idea arose, and she soon began experimenting.

Perfecting the art of painting on tea bags was a question of trial and error -- and Silvious had to persevere.

"You have to see all the piles of my failed experiments," Silvious says. "I never throw anything out, I try to recycle them as well."

But once Silvious got to grips with using watercolor on the used tea bags, she didn't look back.

She began sharing her intricate, quirky designs on her Instagram page -- and quickly built up a following of tea-lovers across the globe.

Silvious' miniature pictures depict her travels across the world -- from the colorful streets of Italy to the splendor of the Eiffel Tower in Paris to the hills of Itohsima, Japan.

"I've been lucky enough to be accepted into art residencies, which required me to travel," says Silvious. "I've done workshops as well which has become the reason for me to go to a country."

Silvious' maternal great grandmother was from Japan, so the artist was thrilled to spend a month living and working in Itoshima.

"I was doing a series of tea bags while I was there and I called it '26 Days of Tea in Japan,'" she says.

Japan provided plenty of creative stimulation for Silvious: "It's all mountains and rice fields, which was absolutely perfect in terms of inspiration," says Silvious. 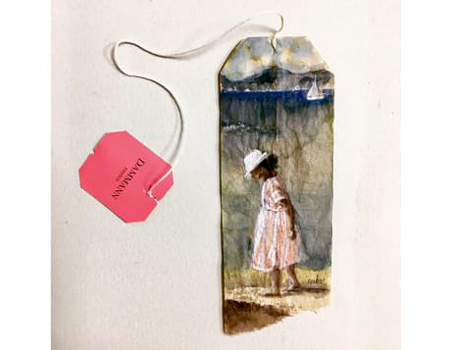 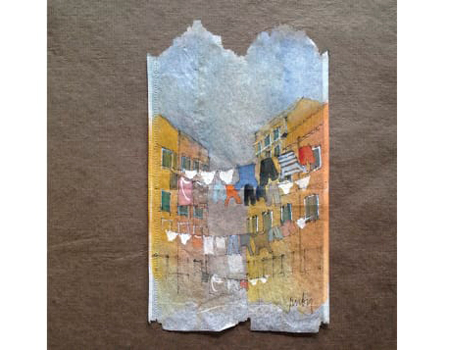 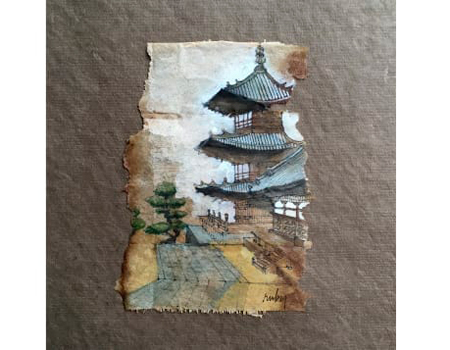 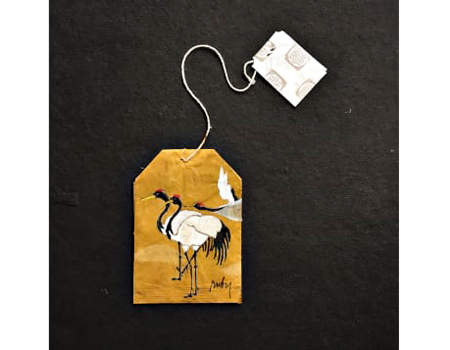 "I loved the simplicity and the minimal designs," she says. "And I think it's sort of embedded as well because I have part of that in my genes as well."

As well as the country's beautiful scenery and wildlife, Silvious is also interested in Japan's city life.

"I wanted to do a series of subway scenes," she says. "It's just amazing to me how every time I would take the subway or the train in Japan, you'd see so many people sleeping on the train."

Silvious says this series might still come to fruition; she hopes to return to Japan in the near future.

So what's her favorite tea to drink? "I love Earl Grey, and it does not have to be any particular brand, but it's usually what I like," she says. "I like green tea as well."

What about her favorite tea to paint on? Silvious says certain tea types are easier to mold than others.

"Over time I have discovered all types of tea bag construction. This was not something that I had planned, but I did notice that certain tea bags were just much thinner than others," she explains. "And then some tea bags also stain better than others."

Silvious advises against painting on camomile "because the tea leaves, when they're dried, stick to the tea bag and they're difficult to remove and difficult to paint on."

"I love rooibos tea because it has these wonderful stains, and sometimes it actually creates certain designs that just inspire me to do something with it. It's wonderful," she says.

Silvious might be a tea fanatic, but her art also connects with those who don't care for a strong brew:

"It seems to me that even non-tea drinkers are fascinated with my work. Maybe it's because it's just a unique canvas," she reflects.

A year of tea

Silvious has also compiled her work into an eye-catching coffee table book: "363 Days of Tea," which charts a year of tea bag painting:

"Usually the first question is, what happened to the two days? And it has to do with sometimes New Year's resolutions just don't happen very quickly, and I did not start until the third day," she laughs. 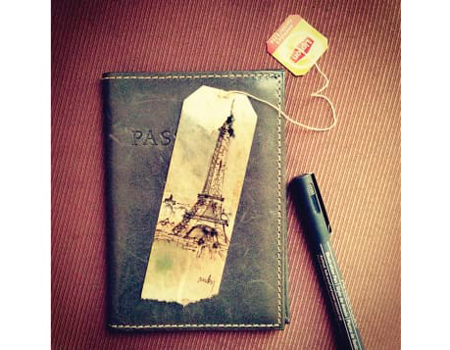 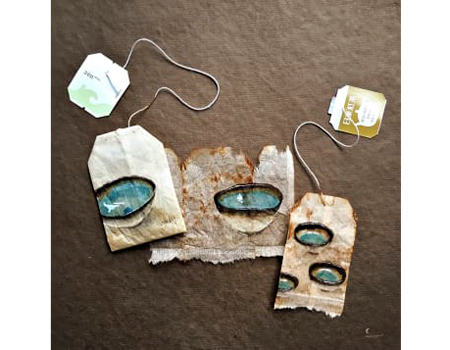 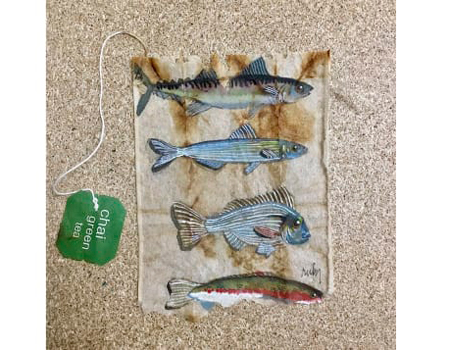 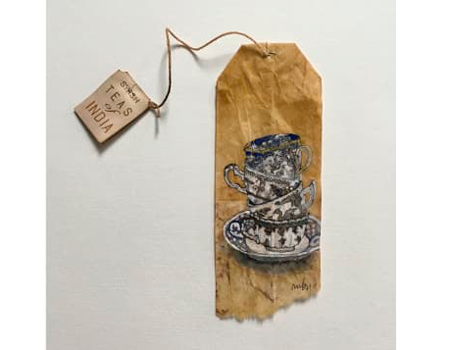 The artist is now working on a follow-up, currently entitled "Reclaimed Canvas."

"This will focus more on not just tea bags but other discarded materials as well, so it will feature art on egg shells and pistachio shells, and all sorts of other materials," says Silvious.

In the meantime, Silvious is planning future travels: "I would love to do [an exhibition] in Italy, because I've never done one there. That's on my wish list," she says. 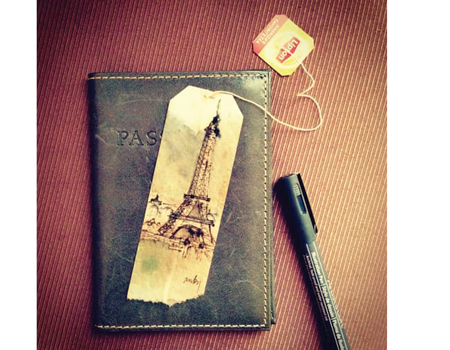 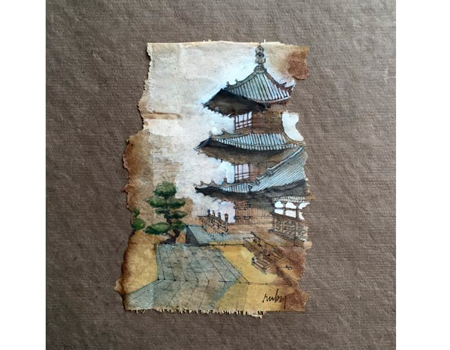 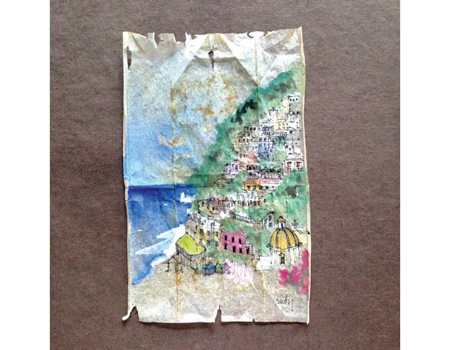 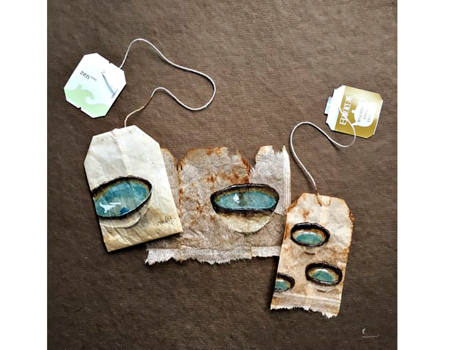 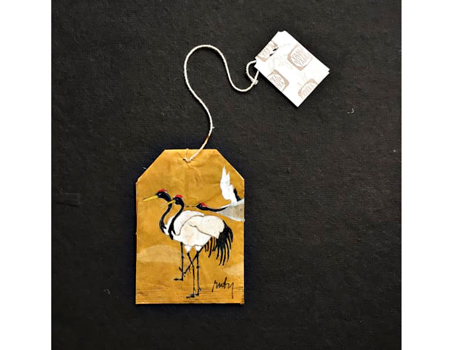 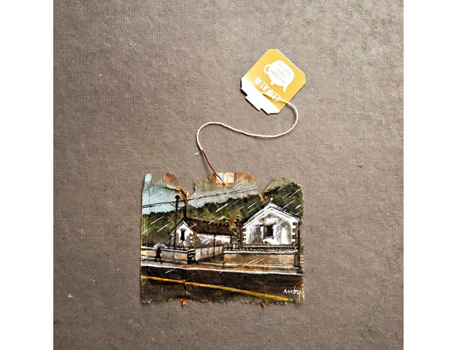 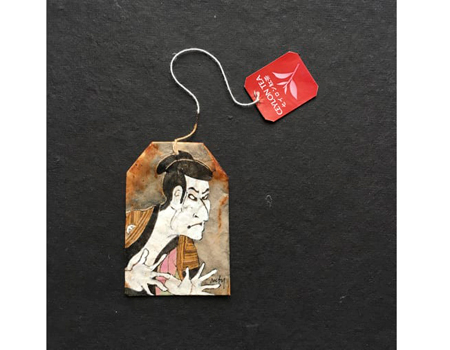 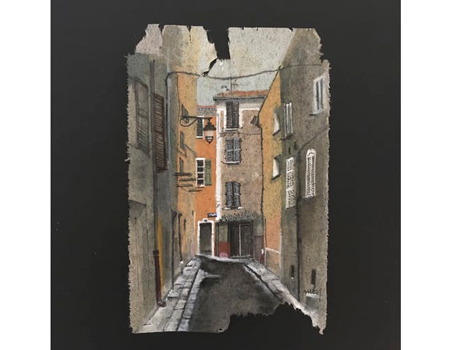 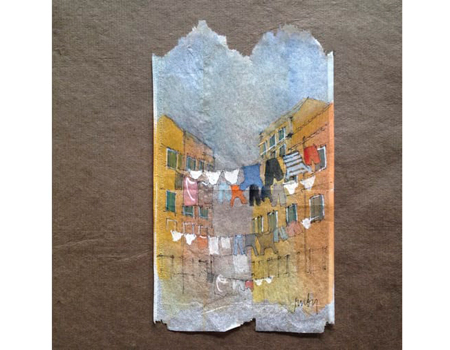 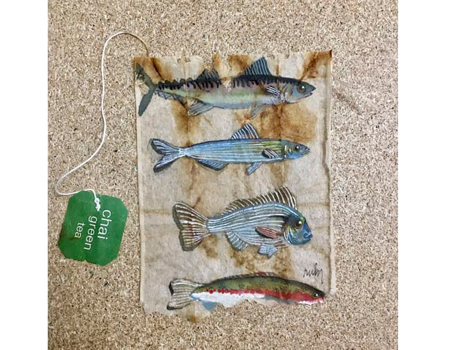 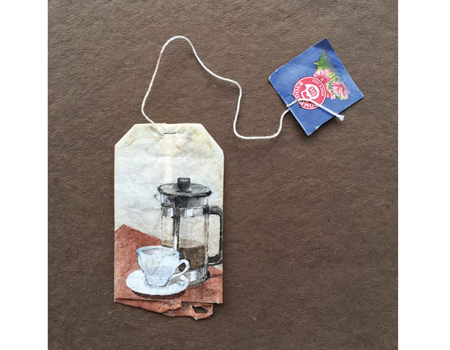 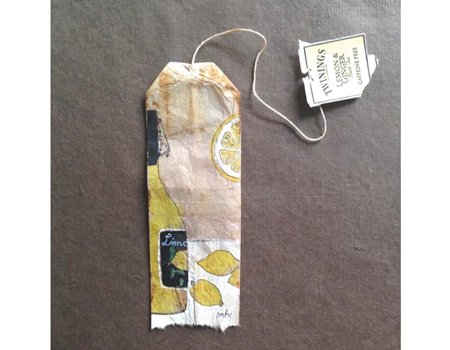 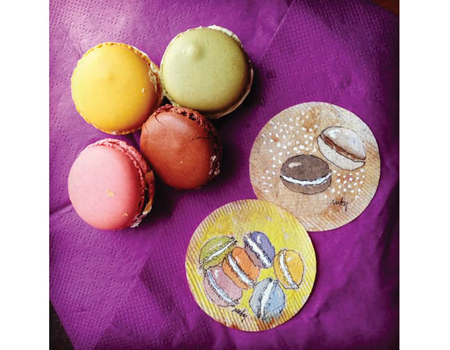 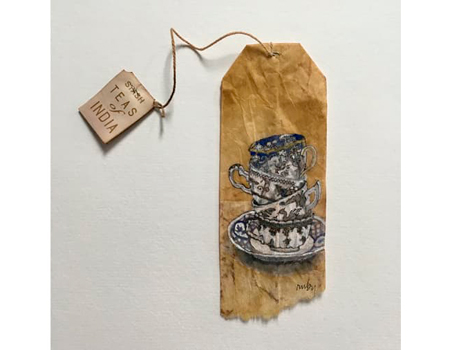 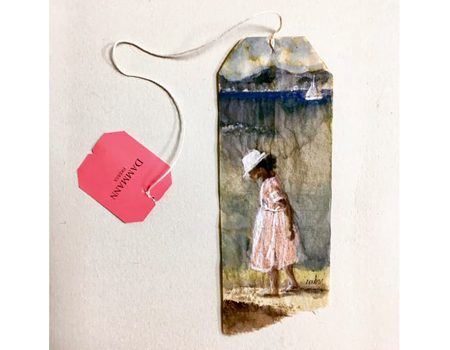