Luxmi Tea and M.K. Shah Exports have made binding bids for a part of McLeod Russel’s tea plantations, more or less in line with the seller’s expectations

Kolkata: A committee led by Bharat Bajoria, an independent director with McLeod Russel India Ltd and a veteran tea plantations investor, will decide on the sale of the estates owned by the world’s largest tea producer. 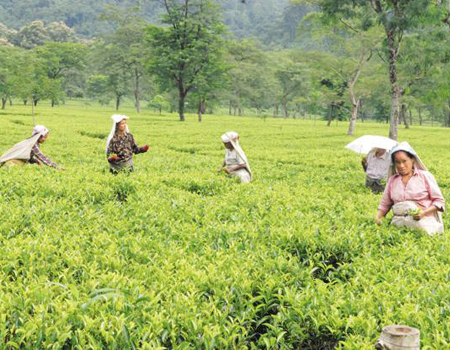 Luxmi Tea Co. Pvt. Ltd and M.K. Shah Exports Ltd are expected to snap up a part of the firm’s tea estate assets. McLeod Russel is looking to liquidate some of its plantations in Assam to service its debt. Last week, the firm had set up the committee to explore the sale of some of its assets.

Both Luxmi Tea and M.K. Shah declined to comment on the development. However, two company executives, familiar with the development, said the two firms had made binding bids, more or less in line with the seller’s expectations.

Last week, McLeod Russel’s chief financial officer Kamal Baheti had said that the firm was also looking to sell its estates in the Dooars region of West Bengal. “Neither Luxmi Tea nor M.K. Shah are keen on acquiring the Dooars assets, the executives cited above said, requesting anonymity. It was not immediately known whether McLeod Russel has found buyers for its estates in the Dooars region, which produces tea under the CTC brand.

Mint had first reported on 18 May that McLeod Russel had signed non-disclosure agreements with potential buyers to explore the possibility of selling some of its estates.

Baheti had said last week that the company was looking to generate ₹400-500 crore from the sale of its estates, which would make it the biggest of estate sales in India in decades. The firm had earlier said that the share of its own estates in the total production of processed tea was “disproportionately” high and the sale of the gardens was aimed at improving operational efficiency.

The firm has been on an expansion spree since 2005 when erstwhile partners, the Khaitan and Magor families, struck a deal in London to sell Williamson Tea Assam Ltd. The late Deepak Khaitan, who was vice chairman of the group, had led that acquisition.

Since then, his brother Aditya Khaitan, who is the current vice-chairman of McLeod Russel, has expanded the firm into new territories, including in Uganda, Rwanda and Vietnam. With 65 tea gardens across India, Vietnam and Africa, the company produced 118 million kg of tea leaves in FY18.

McLeod Russel currently has debts of about ₹1,000 crore, Baheti said, adding that the company was looking to bring it down by ₹500-600 crore by the end of the current financial year. Proceeds of the sale are also going to be used to launch a packaged tea joint venture with Eveready Industries India Ltd, McLeod Russel had announced last week.