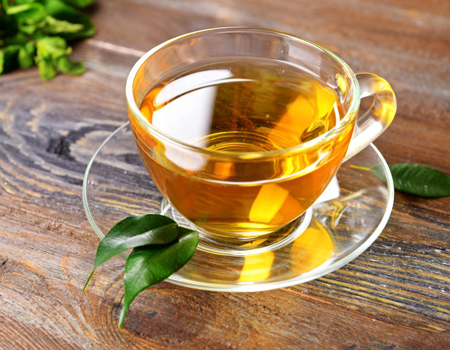 A large longitudinal study out of China has found drinking green tea at least three times a week can be linked to longer lifespan and lower rates of heart disease and stroke. The same association was not seen in black tea drinkers, suggesting certain compounds specific to green tea may be conferring the long-term health benefits.

The new research analyzed data from a massive Chinese study designed to measure the long-term health factors underpinning cardiovascular disease. Over 100,000 participants were followed for an average of over seven years, with habitual tea drinking classified as consumption of the beverage more than three times a week.

“The protective effects of tea were most pronounced among the consistent habitual tea drinking group,” explains Dongfeng Gu, senior author on the new study from the Chinese Academy of General Sciences. “Mechanism studies have suggested that the main bioactive compounds in tea, namely polyphenols, are not stored in the body long-term. Thus, frequent tea intake over an extended period may be necessary for the cardioprotective effect.”

Breaking down the types of tea consumed by the study subjects revealed green tea was specifically associated with the beneficial health effects, whilst the same cardiovascular and lifespan benefits were not seen in black tea drinkers. Gu hypothesizes several factors that could explain this difference between black and green tea. Black tea, for example, contains lower volumes of beneficial polyphenols known to be associated with health benefits, plus it is also often consumed with milk, which can counteract any potential health effects.

“In our study population, 49 percent of habitual tea drinkers consumed green tea most frequently, while only 8 percent preferred black tea,” Gu adds. “The small proportion of habitual black tea drinkers might make it more difficult to observe robust associations, but our findings hint at a differential effect between tea types.”

Jodie Relf, spokesperson from the British Dietetic Association, suggests the health benefits detected in this study may not be directly related to the green tea itself, but instead are a reflection of certain lifestyle factors that sit alongside the practice of drinking tea.

“In China drinking tea is not only about quenching thirst or staying hydrated – the act of drinking tea involves taking time out of your day to brew the tea and drink it whilst taking time to slow down and bring calmness and serenity to your day,” says Relf, who did not work on this new study. “This time of calm alongside the health promoting properties of the tea may be what improves their health by reducing stress levels.”

While compounds in green tea have certainly been found to confer a number of potential heath benefits, epidemiological studies so far present mixed results, only inconsistently finding positive results from habitual consumption. So, despite this promising research Relf suggests we should not consider green tea as a magical panacea for all disease, but instead just one small aspect of an overall healthy lifestyle.

“It’s been thought for years that drinking tea can have a positive impact on our health, however, there is currently not enough evidence to support exactly what compounds in tea elicit these health benefits and exactly what these benefits are,” says Relf. “What we need to be mindful of is that drinking tea alone is not going to improve our health, it is merely another tool to add to our belts. We cannot continue to eat high fat foods, live a sedentary lifestyle and expect tea to solve all our problems.”