Kurds drink gallons of tea – so why not grow their own 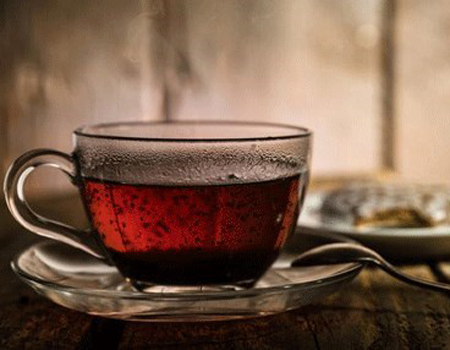 ERBIL, Kurdistan Region – Tea. Few products are in such high demand in the Kurdistan Region. Every year more than 90,000 tons are imported from India, Sri Lanka, Vietnam, Ethiopia, and the Philippines to quench the Kurdish thirst.

It is the most popular beverage (after regular drinking water) – an appreciation shared with several other Asian and Middle Eastern countries. China is the biggest tea producer in the world, heaping up around a million tons of tea every year. After China, the other big producers in order of output are India, Kenya, Sri Lanka, Turkey, Vietnam, Japan, Iran, and Argentina.

According to the United Nations Food and Agriculture Organization (FAO), worldwide tea consumption in 2016 was 5.53 million tons. Just imagine how many cups that would make.

And there are many, many different kinds of tea. In Kurdistan, there are six types that are especially popular.

The trade and agriculture ministries of the Kurdistan Region do not hold data on the annual tea consumption of individuals. But based on 200-gram tea ration distributed by the Iraqi government every month as welfare support, individuals could be consuming 2.4 kilograms per year.

“We have found that in the Kurdistan Region every individual on average consumes 1.5 kilograms of tea per year, so the total tea consumption is about 86-90,000 tons. If we assume a ton of tea is $4,000, every year we spend $344 million on importing tea,” Yasin explained.

“We have seen that some tea companies sell Vietnamese tea as Sri Lanka tea with a high price. Even we found that some companies put tea inside some boxes while the origin of tea is not clear. And some companies mix high quality tea with low quality ones and sell it in the market,” Rezgar Abdullah, the director of marketing Cihan and Two Ghazal tea in the Kurdistan Region, told Rudaw.

Despite the popularity of tea in the Kurdistan Region, little effort has been made to research or cultivate the crop here.

“In Kurdistan till now we do not have tea plantations. We have not done any research to see whether the condition here is suitable for tea farming. Iran and Turkey have tea farming, so we are thinking to bring some types of tea and do research on them. If we found a suitable tea for producing in Kurdistan, we would encourage our farmers to plant tea,” Samad Sofi Omar, director of research at the Region’s agriculture and water resources department, told Rudaw.