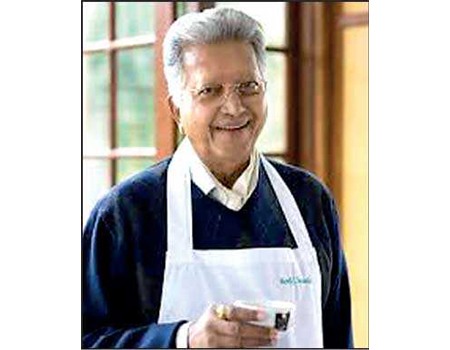 The Kahawatte Plantations Board of Directors has resolved to capitalise Rs. 800 million of related party debt via a private placement at Rs. 41 per share to controlling shareholders.

Kahawatte Plantations, in a filing to the Colombo Stock Exchange (CSE), said it has obtained Rs. 350 million loan from MJF Teas Ltd. (the lender) at an interest rate of Average Weighted Deposit Rate plus 1% (AWDR+ 1%) per annum. The company has also obtained a Rs. 275 million loan from MJF Exports Ltd. at an interest rate of AWDR+ 1 % per annum. In addition, Kahawatte has a payable amount of Rs. 66.5 million due to Forbes Plantations Ltd. as at 30 November (unpaid management fees and accumulated interest at the rate of AWDR+ 1 % per annum).

Kahawatte said the company has been incurring losses in the last few years continuously, due to a number of operational and non-operational challenges such as (i) adverse environmental factors and disruptive weather (prolonged drought periods followed by heavy floods, inconsistent monsoons, etc.) impacting crop output, (ii) wage increases in 2019 and the resultant impact on disbursements and gratuity provision, (iii) restrictions on weedicides and fertilisers contributing to loss in yields and output, and (iv) exorbitant interest expenditure due to increased borrowings from banks and related parties to finance operational and statutory expenses.

The Board of Directors of the company is of the view that a continuation of this trend of incurring losses, especially with the possible increases in the wages of plantation workers as a result of the new Collective Agreement due in 2021 or as mandated by the Government, could result in a serious loss of capital situation for the company in the near future.

Given the challenges faced by the company and with a view to strengthening the balance sheet by reducing the debt burden of the company and the interest burden on cashflow, the Board of Directors of the company has decided to capitalise the entirety of the Outstanding Loan Amount by issuing 19.5 million ordinary voting shares of the company by way of a private placement to the lender at a consideration of Rs. 41 per share.

The Board of Directors has also resolved that the price at which each Private Placement Share will be issued is fair and reasonable to the company and all existing shareholders of the company.

The stated capital of the company at present is 898.7 million, represented by 79.889 million shares. The private placement amounts to 24.4% of the current stated capital and 19.6% post placement.

The public holding percentage of the company at the date of this announcement is 20.48%, held by 18,865 shareholders.

Retained losses of Kahawatte Plantations as at 30 September was Rs. 702 million, up from Rs. 473 million a year ago and Rs. 538 million as at 31 December 2019. It had Rs. 1.6 billion worth of non-current liabilities and Rs. 2.8 billion as current liabilities.

Kahawatte said the capitalisation of the outstanding loan amount by way of a private placement amounts to a related party transaction within the meaning of Rule 9 of the Listing Rules of the Colombo Stock Exchange, and as required under the said Rule 9, the Related Party Transaction Committee of the company has reviewed and concurred with the transaction.