Is This the World’s Most Beautiful Train Ride? 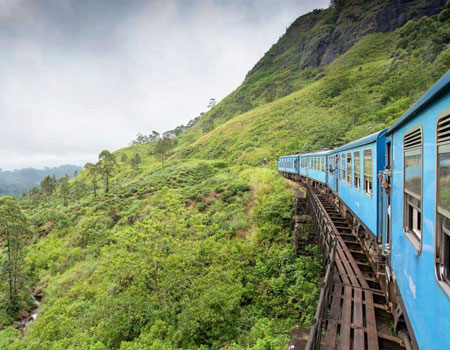 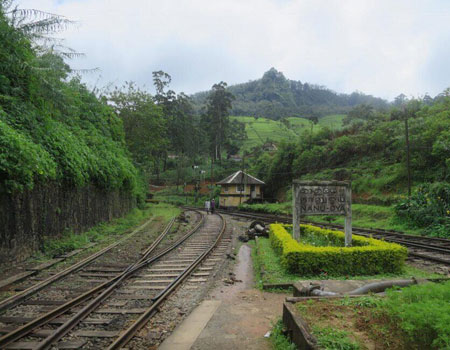 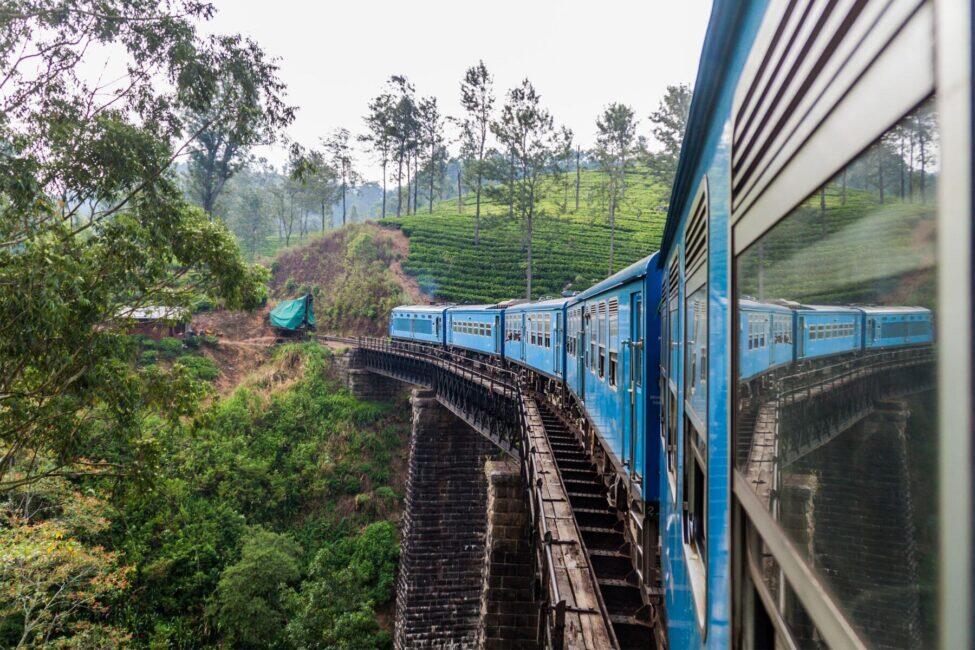 It’s up against some tough competition, but a winding train ride through Sri Lanka’s tea country is rated among the best.

When you think of Sri Lanka, what exactly is the image that pops into your head? Rolling waves traversed by tanned surfers, or rainforests resplendent with flora and flora? How about wild elephant and leopard safaris, sacred Buddhist temples and scented cinnamon plantations? Despite Sri Lanka’s growing reputation as a tourist destination, the enduring image of Sri Lanka for many Westerners may be the 259 people killed in terrorist attacks in April 2019, just a few months before my visit, or the legacy of the Tamil Tigers–whose insurgent activities ended just 10 years ago.

Sri Lanka, really, is all of the above and more. The country’s beautiful scenery cannot be entirely extricated from memories of its long-running civil war and the recent terrorist attacks. The Sri Lankan people, warm and inviting, exhibit a humbling resilience to the ills that have passed their way over the years. My driver to Kandy, Prasantha–a young man in his 20s, just a few years out of Catholic school–describes losing several of his former classmates in the attacks, and the drop in tourists that soon followed.

“We appreciate you coming to visit us here in Sri Lanka,” he exclaims. “I had so many cancellations in the weeks following the attacks, with most European countries issuing warnings against visiting us. But I promise you–there is no need to worry. And,” he states with great pride, “you will love our trains.”

And, he was right. There really was nothing to worry about. I felt completely safe during my time in the country. And he was also right about the train.

My trip to Sri Lanka was planned as a rendezvous with a friend living in the Middle East, and we intended to undertake a portion of what was stated to be the most beautiful train ride in the world–the trip from Kandy to Nanu Oya, near Nuwara Eliya (which continues on to Ella). The journey runs along the original tracks constructed by the British in the mid-1800s to transport tea for export. A one-way train ticket to Nanu Oya costs around $5USD in the reserved second class carriage, and its open-air seating is made bearable by large, breezy windows that stretch the length of the carriage. On departing from Kandy, a few adventurous guests quickly claim spots in the open doors dotted throughout the train. They carefully duck their heads inside as we scrape past battered metal signs and overgrown foliage.

The train is full, but not packed, and includes an interesting rag-tag band of tourists–millennial backpackers, baby boomers, and everyone in between. Interestingly, no one has headphones jammed in their ears, or books absorbing their attention. Instead, everyone inside the train is seemingly fixated on the gorgeous views emerging outside our window. Occasionally, a local man hops off the train to stock up on freshly prepared fruits and snacks, which he then sells to a horde of hungry patrons. He’s accompanied by the tea wallah, who offers a cup of sweet tea for around 50 Sri Lankan rupees.

Our journey through to Nanu Oya takes around four hours, with stops at a range of local towns and villages along the way. At each, and along the railway lines, locals are observed in their daily life–preparing washing, cleaning, traveling, working, waving. Perhaps unsurprisingly, given the historical importance of the Sri Lankan train system, our trip is rather punctual. Hand-lettered destination signs continue to delight as we edge towards our final station, along with the trickling waterfalls and excited school children that greet us as we continue our journey inland.

While undertaking the train ride to Nanu Oya is a relaxing affair, buying a ticket for the trip requires a bit more effort. Reserving a seat online seems to be fraught with ongoing cancellation issues, so it’s a good idea to get to Kandy train station early to ensure you nab a spot. A number of local tour agencies are happy to buy a ticket on your behalf, for a small fee, if you’d rather gain a few extra hours of sleep. We were advised to opt for a second or third class reserved seat, which will ensure you don’t end up standing, or crammed into an unreserved carriage, for the journey.

As we rise up into the highlands, tea pickers can be seen working their way up treacherous hillsides. Around 5% of all Sri Lankans work for the tea industry, where pickers can be expected to gather up to almost 40 pounds of fresh tea leaves every day. Tea plays an important part not only in the economy of Sri Lanka but also in its tourism industry and national identity.

Originally colonized by the Portuguese, various Dutch and French interests made their mark in Sri Lanka over the years. The British conquered the entire island in 1812 and held the then named “Ceylon” until its independence in 1948. Originally home to many coffee plantations, a devastating leaf disease struck here in 1869, encouraging a switch to tea cultivation. Now the world’s fourth-largest exporter of tea, the act of enjoying a tasty brew–and learning about its historical significance to the country–can be enjoyed in the lush hills surrounding Nuwara Eliya.

Our train finally reaches its final destination of Nanu Oya, a short drive from Nuwara Eliya, and a strange little enclave of Britain in the middle of Sri Lankan tea country. Dotted with distinct English architecture, hunting clubs, a racecourse, and a pleasure boating lake, this settlement was established at the whim of colonials wishing to create a “summer resort” to remind them of the old country. Of course, they chose the most drizzly and gray part of Sri Lanka to locate this in–and one of the coldest, at just over 6,500 feet above sea level.

A uniquely surreal feeling overcomes you as you stand in front of the Tudor-style post office, noting the mid-afternoon fog rolling in from the hills. As the cool breeze and gentle mist encourage you to reach for your sweater, you might forget you’re even in Sri Lanka.