Home>Publications & Articles>Articles>Media Articles>Is green tea healthy? We speak to a nutritionist to get the facts backed by science

Is green tea healthy? We speak to a nutritionist to get the facts backed by science 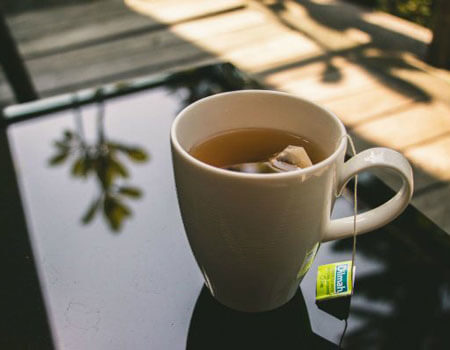 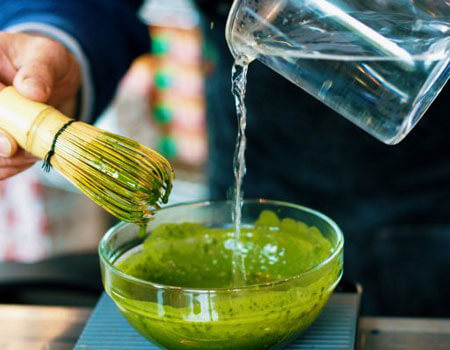 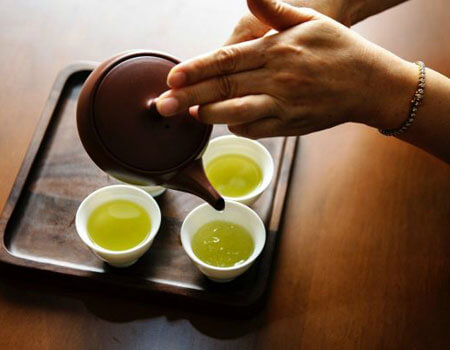 When it comes to being healthy, it seems like the goal posts are always shifting, but green tea is one of the few constants everyone seems to agree on.

This coffee alternative is constantly recognised as one of the healthiest beverages we can drink. It’s applauded for its high antioxidant content and ability to help with everything from weight loss, to better immunity and even improved brain function.

But are these claims all science-backed or is the beverage another over-hyped health fad?

To get the facts straight we spoke to Sydney-based nutritionist, Nadia Felsch. We asked her to explain which green tea health claims have actually been verified, and which are exaggerated, as well as whether we should be worried about the caffeine content. Plus, we asked her about matcha, the new health fad on the block: is the powdered formula superior to its leafy cousin?

As it turns out, while the hot – or iced – cuppa definitely has its benefits, there are a few caveats, missing from the conversation.

This is what she had to say.

What are the benefits of green tea?

Nadia says green tea does have a very high concentration of various antioxidants, like polyphenols including flavonoids, catechins and epigallocatechin gallate (EGCG). These antioxidants can reduce your risk of cancer, heart disease, and stroke and help remove cell-damaging free radicals and metallic ions.

“Studies show the flavanoid content in green tea inhibits the production of inflammatory compounds in the body. They stop this process from occurring and it’s hypothesised that this can protect us from diseases and in particular cardiovascular diseases.”

Should I be worried about the caffeine in green tea?

Although Nadia acknowledges the benefits of green tea, her main concern is around the caffeine content of the drink, which comes in at around 25mg for a standard cup. In comparison, an average coffee with a standard shot of espresso has around 102mg of caffeine and a standard serving of matcha is in the middle at 70mg.

But when it comes down to how much a person can handle, "a lot of this is down to the individual," she says, warning people not to over-consume the stimulant.

"There's so many people that can't have any caffeine and it's a lot more common than people often think. Their liver can't handle it and even green tea is too overwhelming."

Another option is to use green tea as a pre-workout drink to give you the extra push before your gym session.

"As someone who eats a pretty balanced diet, I know if I have caffeine before I exercise, I definitely train better," says Nadia.

Despite this, she notes it's important to acknowledge that this claim is difficult to prove through research, although it's well supported by anecdotal evidence.

"Even in sports nutrition research, it's quite hard to track because it's subjective to the individual being tested and in research they want the affect to be easily reproducible and that's difficult to do," she says.

"However, there's a pretty limited downside to trying it, to see if you have more energy or buzz before a workout. It's in pre-workout supplements for that reason."

This is were the evidence becomes difficult to prove, says Nadia, who says she professionally thinks too much credit is given to the claim, without the studies to prove it.

Explaining the argument behind the widely-held belief, she says the argument comes from the theory that the EGCG compounds can "increase insulin sensitivity," while some people claim that catechins can "help us move the fat stores in our body".

"The official research on this is really thin," says Nadia, quoting a statement by the International Olympic Committee which states that when it comes to losing fat mass, green tea has a "small or trivial effect'".

"In terms of losing weight or helping you 'be healthier' I feel like [the connection] is a bit of a stretch and that's been over hyped," explains Nadia.

"My professional opinion, is that like any one food or diet, it's not enough. It's got to be about everything you do, not one thing you do."

Is matcha better than green tea?

So, what's the deal with matcha? There's no denying that the green powder is the latest trend in the wellness community, but does that make it the more superior option?

The main difference between the two forms of green tea is that traditional tea is made by steeping the whole leaf, while matcha is made by grounding the tea leaves into a fine powder. Nutritionally, Nadia notes one cup of matcha is said to be worth 10 cups of green tea in terms of antioxidants, "which is great," she says, but notes the caffeine content could be an issue.

"There's really mixed reports as to the exact antioxidant levels in green tea, but they are known to have high values of flavanoids, catechins and EGCG," she says.

"Green tea has it obviously, but it's more potent in matcha because of the volume you're ingesting.

But exactly just how healthy is green tea?

Here's the ultimate kicker, and we're sorry if you've been guzzling the drink with glee, solely in the name of health.

Nadia says the majority of the research surrounding the health benefits of green tea, is focused around its flavanoid content, an antioxidant that's also found in vegetables and fruits like berries, cherries and red-skin grapes, and often in larger doses too.

"[Green tea] is definitely not a bad thing, but like everything, you've got to ask, 'how much is someone having and are they then thinking they don't need to follow the [other aspects of a health diet], because that's definitely not the case," says Nadia.

Using the ORAC guide (oxygen radical absorbance capacity ) to measure the antioxidant capacity of various foods compared to green tea, Nadia says you can emulate the benefits of green tea with an extra serving of fruits and vegetables too.

Although these figures only look at one element of the food, Nadia says it's important to remember that while green tea can help supplement someone's health and wellness goals, it'll never be a quick-fix solution.

"The other side of the argument is you get things from fruits and vegetables you'll never get from tea, which include B vitamins, fibre which feeds our gut and carbohydrates," she says.

"If someone loves it and they have a cup or so of it a day, awesome, they're having more antioxidants which we know it definitely helps prevents things like ageing and chronic disease but it should be part of the whole picture, not the only thing."