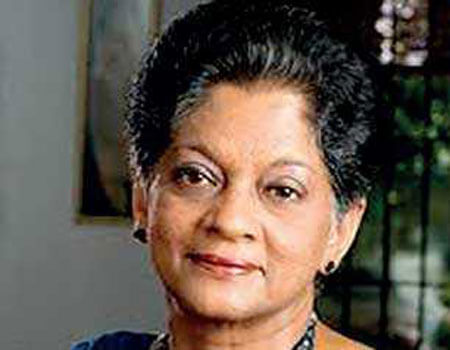 Malwatte holds a Combined Degree in Economics and Geography from the University of Peradeniya Sri Lanka and was the first woman Chairperson of the EDB. She commenced her career in international marketing at the Ceylon Tea Promotion Bureau in Tokyo, Japan and joined the Export Development Board (EDB) in June 1981.

She has over 40 years of experience in serving the Government both internationally and locally, as a Top Export Promotion Professional. She has hands on experience in the private sector, exporting perishable produce and entering new and demanding markets where the company had the honor of being the first agricultural entity in Sri Lanka to be GlobalGAP certified.

She has in-depth knowledge on multiple sectors ranging from industrial, agricultural, services, supply chain management and international marketing. She has served as the focal point on a number of World Bank, ITC, GIZ, CBI and JETRO export development projects.

She served on the Boards of the National Gem and Jewellery Authority, National Design Centre, Development Holdings Limited and in the roles of Chairperson of the National Packaging Centre and the Mushroom Development Centre. She was a Member of the Agency for International Trade responsible for trade negotiations and developing the national trade and export strategies of Sri Lanka and a Member of the Task Force on FDI and Exports.

In July 2016 she was internationally recognised for her long years of service in Business and Commerce by the Women’s International Film and Television Showcase (The Wifts) with The Wifts Foundation Lifetime Achievement Award 2016-Business in London, UK. She was the first Sri Lankan to be bestowed with this honour.

She was also recognised by Zonta Sri Lanka with the “Woman of Achievement” Award on Management in September 2017 and Women in Management Top 50 Professional & Career Woman Gold 2018 State and Government Sector in 2018. She was featured on the “The 2018 A – List of Sri Lanka Business People” by the LMD Magazine.