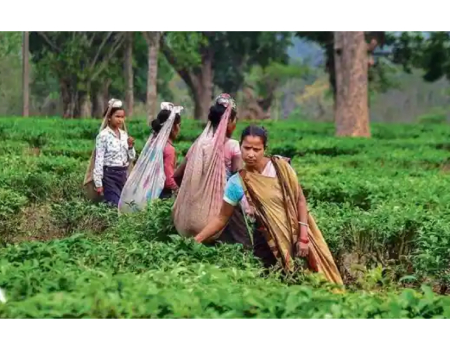 India is working on a strategy to address the supply crunch in the global tea market following the sudden economic crisis that engulfed the world’s largest tea exporter Sri Lanka.

The island nation has been left with a sharp drop in tea production amid 12-14 hour power cuts, as it announced defaults on all of its $51 billion in external debt.

The Department of Commerce and the Directorate General of Foreign Trade are exploring ways to remove the hurdles faced by tea exporters.

“India’s orthodox (or loose leaf) tea production is sufficient to bridge the gap left by Sri Lanka. We are working on ways to fill the supply gap left by Sri Lanka. We have been talking to exporters and trying to address barriers related to payment settlement issues with Iran, support amid rising freight rates, and brand promotion in new markets. If these are taken care of, Indian exporters can go all out,” said a tea board official.

Tea exporters said India is well positioned to capture the markets of countries that import traditional tea. India can strengthen its presence in Iran and Sri Lanka’s economic crisis can open new markets like Turkey, Iraq, America, China and Canada.

“We have received questions, but are concerned about stuck payments from two major importers facing US sanctions, Iran and Russia. In addition, the extremely high import duties in Turkey are also acting as a deterrent in aggressively expanding the footprint,” said a leading tea exporter on condition of anonymity.

Experts said Russia, Iraq, Turkey, Iran and Chile are among the top markets for Sri Lankan tea. He said that if Sri Lanka’s economic crisis deepens, then India can capture the markets of these countries. “We can focus on the US, Canada, Iraq, Germany and China as these are untapped markets and have tremendous potential. Meanwhile, Turkey may be a new market for Indian tea but the problem is Turkey’s import duty of 145%. Sri Lanka was able to circumvent this by setting up a packaging plant in Turkey. There is no such system in India,” said a government official.

Questions emailed to a Commerce Department spokesperson on Monday remained unanswered as of press time.

Experts said Sri Lanka and Kenya are major exporters of tea as their domestic consumption is low.

With an important exporter like Sri Lanka facing a volatile political and economic environment, the global price of tea could rise. Listed Indian tea companies were also trading higher after the Sri Lankan economic crisis broke out. Last month, McLeod Russell India grew over 11%, CCL Products grew over 10% and Tata Tea grew nearly 13%. Nilamalai Agro has also gained around 10% in the last 30 days.

“The problem is payment uncertainty. Working capital is scarce and we cannot continue exporting without fixed income.”

According to a Commerce Department official, US sanctions on Iran over its nuclear program have hindered exports of tea and rice. US sanctions are also hurting tea exports to Russia, which is another big importer. In addition, only a few ports are open to receive shipments.