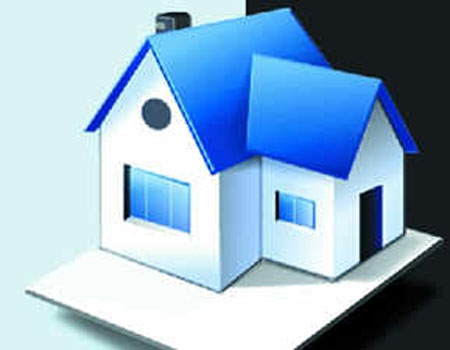 Prime Minister Narendra Modi joined the special ceremony through video conferencing at Dunsinane Estate in Nuwara Eliya city to hand over the houses constructed under the Indian Housing Project, the largest one by India in any country.

Some 404 houses were handed over to the Indian-origin people, mostly Tamils.

"More than 1,500 people attended the function despite inclement weather and rain," the Indian mission tweeted.

Modi said that India continues to keep Sri Lanka in a special place in its neighbourhood first policy.

Out of the 60,000 houses, close to 47,000 have been completed so far, Modi said, adding that the USD 350 million grant to build the houses was one of the largest grants by India in any country.

"Sri Lanka has been special for us, and it will remain special," he said.

Addressing the beneficiaries, Modi said that "your roots are in India, they have grown in Sri Lanka. You have not connected just two countries, but also touched the hearts and strengthened the hands of two great nations.

"Today, we are crafting a new future together, a new high in India-Sri Lanka friendship".

Prime Minister Modi said that "we are signing the agreement for the construction of the additional 10,000 houses at a cost of 12 billion Sri Lankan Rupees".

The land has already been identified for building the new 10,000 houses, he said.

"Continuing people oriented developmental assistance, Letter of Exchange for construction of additional 10,000 houses was signed, increasing India's grant commitment in the plantation areas to 14000 houses," the Indian mission said in a tweet.

Wickremesinghe appreciated India's commitment to partner with Sri Lanka in development projects including in building houses for upcountry areas.

"I thank the Prime Minister, Modi. He has kept the promise he made last year," Wickremesinghe said.

Air India flights between Colombo and Varanasi started in August 2017.

The Tamils, mostly residing in the central hill areas of the country, were brought from India by British rulers during the 19th century to work in coffee plantations in Sri Lanka.

More than a million are still associated with tea and rubber plantations. Though they have been given the Sri Lankan citizenship, housing remains a major issue for these workers employed as daily wagers.

Sri Lanka's new government led by President Maithripala Sirisena formulated a national plan of action for the plantation workers and planned for construction of 55,000 houses till 2020.