Tea estates in the district, the second largest sector of pesticide application after cardamom, are gradually moving to the organic mode to tide over the present crisis and make inroads into the European market. 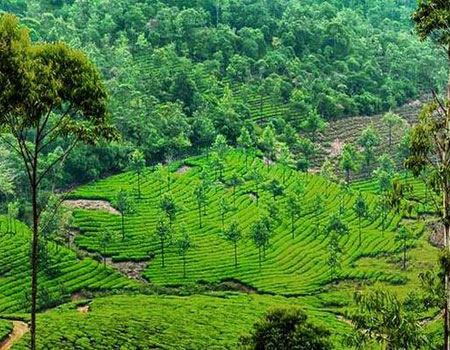 A three-year period has been fixed to shift to organic cultivation and the managements expect that a drop of nearly 40% in production could be compensated by more than 100% increase in the price of branded organic tea in the European Union and German markets.

Anil George Joseph, vice president (Tea), Harrisons Malayalam Ltd. (HML), told The Hindu that 48 ha of tea estates in Vandiperiyar have been converted into organic plantations and another 500 ha is on course. Nearly 25% of the workforce of the the company, which employs nearly 1,000 workers on the Vandiperiyar estates, rear cows. If others are also given support to rear cattle, the plantations can get enough manure and urine for cow biopesticide, he said.

An important issue will be slow growth and high level of pest attacks, he said adding this can be controlled using organic manure and organic pesticides. The 500-ha plantation is close to the one already converted into organic and there would be natural control on pests arriving from the area.

Once branded as organic, there is chance of the consignment being returned if the standards set by international agencies are violated, he said.

There is already the MRl (minimum residue level) set by the international agencies. The shift is in accordance with the demand in the world market for pesticide-free products, he added.

An official of the Poabs Group said they had 100% organic tea and coffee plantation in Nelliyampathy. “We are one of the first to convert to organic tea and coffee and the estate became organic in 1989.” As many as 200 cows are reared at Nelliyampathy. For exporting its organic products, the company has already got certification from renowned international agencies, he said.

According to an official of Kanan Devan Hills Plantations (KDHP) Ltd, branded organic tea is one of their key products. The company maintains a separate organic tea plantation and factory for producing organic tea.

Mohan Sebastian, a small-scale organic farmer at Valakode, said there was a domestic market for organic tea. The silver tips and the organic tea produced from his farm are a favourite item among consumers.

Organic tea has domestic demand too. However, it requires dedication and a mind for keeping the farm organic.