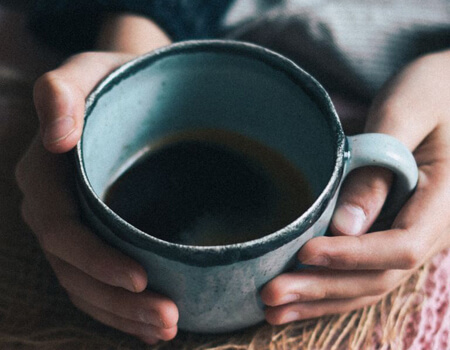 If you regularly sip on green tea, oolong, or black tea, you have a fresh reason to stand by your morning beverage of choice: Tea may be changing how your brain operates, a new study published in Aging suggests.

In fact, consistent tea drinkers have healthier cognitive function and better organized brain regions compared to non-tea drinkers. That’s because compounds in tea may help improve connections between parts of your brain.

In the study, 36 adults aged 60 and older were asked about their health, lifestyle, and general outlook on life, with data collected between 2015 and 2018. They also had brain scans and underwent neuropsychological tests.

Those who reported long-term tea drinking—at least four times a week, for about 25 years—had brain regions that were interconnected in a more efficient way.

That may have an effect on the way your brain ages, according to study co-author Junhua Li, Ph.D, of the University of Essex. He told Bicycling, “This could preserve efficiency in brain organization as you get older, playing a positive role in protecting the brain from the effects of aging.”

The brain benefits fall in line with previous studies showing that tea drinkers tend to have better cognitive function overall, especially as they age. These results simply expand on that to suggest why that functionality might exist, Li said: With better neural connections, the brain is simply able to process information more efficiently.

Plus, it doesn’t seem to be the case that tea drinkers are simply healthier overall. Rather, it seems like there’s something about the drink itself that improves connections between brain regions, Li said.

Credit it to a combination of caffeine, catechin, and L-theanine. Catechin is a natural antioxidant that’s also found in cocoa and berries—and has been studied for lowering oxidative stress, a process that causes damage to your cells—while L-theanine is an amino acid that’s previously been shown to improve mental alertness and attention.

All of these are present in green tea, oolong, and black tea, but it’s too early to say whether one is more potent when it comes to brain health, or if they act in harmony to produce better neural connections.

While the current study was small, Li believes the results are promising, and that larger studies will likely confirm tea’s benefits to the brain. That’s something we’ll drink to.