How To Live Longer: Drink This Tea Thrice A Week Regularly 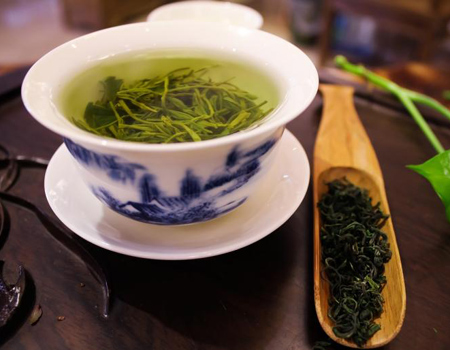 Your daily cuppa isn’t just tasty but has been linked to umpteen health benefits. While previous studies have already documented that tea consumption can improve people’s health, a new study, published in the European Journal of Preventive Cardiology, has reported that individuals who drank tea regularly were less likely to suffer from heart diseases or die prematurely from diseases such as stroke.

The findings of the study highlighted the fact that habitual tea drinkers and particularly green tea were superior to black tea in offering the above-mentioned health benefits.

The authors opined that a 50-year-old habitual tea consumer might acquire heart diseases about 1.5 years later or live a year longer than individuals who never or seldom consumed tea.

The researchers included 100.902 individuals, who participated in the china-PAR project without any medical history of heart diseases or cancer. They classified them into two different groups, namely: the habitual tea drinkers and non-habitual drinkers. While the former consisted of those who drank tea 3 or more times every week, the latter consisted of those who drank tea lesser than thrice a week. The participants were followed for about 7.3 years.

The findings of the study suggested that habitual tea consumption was linked to not only additional healthy years of life but also a longer life expectancy.

“The protective effects of tea were most pronounced among the consistent habitual tea drinking group. Mechanism studies have suggested that the main bioactive compounds in tea, namely polyphenols, are not stored in the body long-term. Thus, frequent tea intake over an extended period may be necessary for the cardioprotective effect,” the European Society of Cardiology quoted the study’s senior author Dr. Dongfeng Gu, Chinese Academy of Medical Sciences.

Why is Green tea superior? It is enriched with polyphenols which offer protection against cardiovascular diseases and its risk factors such as dyslipidemia and hypertension. Since Black tea is fully fermented and is sometimes consumed with milk, it might have lesser antioxidant effects and other favorable health benefits.