Home>Publications & Articles>Articles>Media Articles>Hong Kong’s milk tea: how it went from a beverage inherited from another culture, to a symbol of the city’s identity

Hong Kong’s milk tea: how it went from a beverage inherited from another culture, to a symbol of the city’s identity 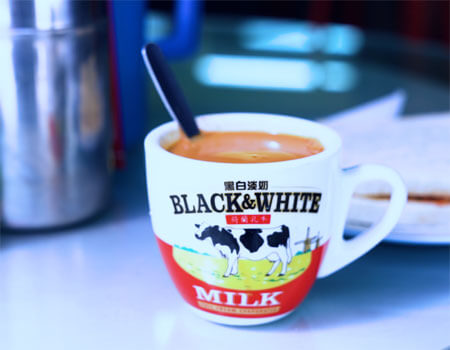 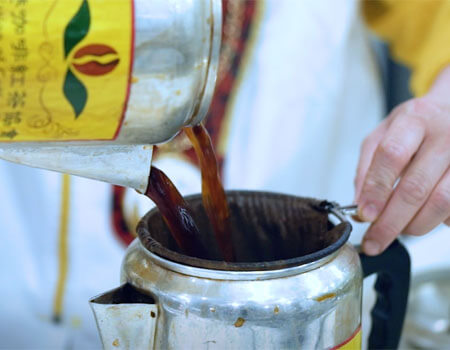 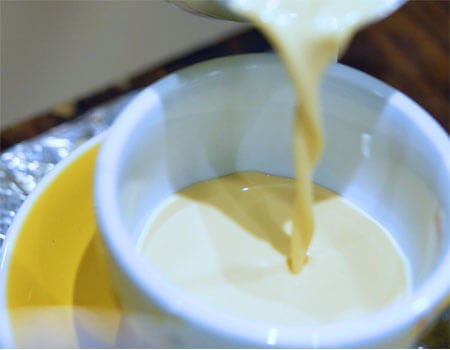 HONG KONG — In Hong Kong, milk tea is a ubiquitous beverage that’s found on nearly every block. The city is estimated to drink around 2.5 million cups of milk tea a year — that’s 8.5 Olympic-sized pools of the brown beverage.

While milk in tea is nothing new, Hong Kong’s rendition is particularly unique. It’s a mixture of tea from heavily oxidised blended black tea leaves and evaporated milk, at a general ratio of 70 to 30. The tea is boiled and strained through a cloth filter multiple times, a process called “pulling”.

Enthusiasts say the rate and height at which the tea is pulled is what makes or breaks the beverage.

But to understand Hong Kong’s iconic milk tea of today, let’s go back to its origins.

All tea styles (green, black, white, oolong and so on) come from one plant, the Camellia sinensis. Although tea was originally from China, Hong Kong’s milk tea is instead sourced from Sri Lanka, thanks to British influence from the territory’s colonial past.

Ceylon tea, after Sri Lanka’s former name as a British Crown Colony, usually comes in the form of a blend of leaves sourced from multiple farms throughout the country. The leaves are typically pulverised into tea bags.

This is a completely different approach from traditional Chinese tea, which prizes whole, intact leaves from a single origin and doesn’t often come in tea bags.

Robert Godden, whose firm The Devotea is an American tea-blending company, said that blended tea’s popularity outside of China arose out of necessity to maintain consistency of exported tea as it made its voyage to the West.

If a container of tea didn’t travel too well, you could mix it with a container that did travel well and sell it all for a premium price.

“The English were looking for consistency and the same taste year after year,” Godden said. “The [benefit] of blending was that you could change the mix of it to offer that consistency.”

The downside of putting crushed tea leaves into a bag, however, is that the tea dust within steeps at a much quicker rate, because of the increased surface area. The higher extraction rate results in a faster release of tannins, and they’re more susceptible to oxidation, which compromises the quality of the leaves.

But some local providers such as Kampery told us that the strong flavour out of tea bags is crucial for milk tea, and that the two cannot be separated. The company supplies a quarter of the tea in the Hong Kong market, and counts among their clients local teahouse juggernauts Tsui Wah and Tai Hing.

Kampery’s blend is a mix of broken orange pekoe leaves, fannings and dust in a tea bag. Orange pekoe is black tea of a medium grade. Fannings are the leftover smaller pieces of tea, and dusts are even finer particles.

To make a proper cup, the tea bag is boiled in a tall teapot, strained multiple times and then combined with a dollop of evaporated milk — not fresh milk.

Milk is not found in traditional Chinese cuisine, nor was it readily available as a raw ingredient. Some studies have even indicated that roughly 90 per cent of Chinese people are lactose malabsorbers.

Its presence in Hong Kong first came about from Western demand. Without a milk industry in Greater China, condensed milk was brought in because it didn’t easily spoil over the journey. According to Nestlé, Great Britain and its colonies at the time procured the highest demand for condensed milk worldwide.

“The use of evaporated milk was initially a coping strategy because fresh milk was too expensive for ordinary people and difficult to get,” says Selina Chan, a professor of sociology at Hong Kong Shue Yan University. “But this gave Hong Kong milk tea a taste that was smooth, creamy and full-bodied, which is very different from the light and diluted taste of British milk tea.”

Today, milk tea is a symbol of pride in Hong Kong. In 2017, milk tea was declared as an item of “intangible cultural heritage”. Among the lengthy inventory of things that the government has pledged to protect, milk tea is one of only three food items that made it to the list.

She is referring to the 1997 British handover of Hong Kong back to Chinese rule, a period of time where Hongkongers were defining their unique identity.

“Around this time, cha chaan teng (cafés) and milk tea entered the discourse of public narrative. They helped the locals construct their identity and distinguish themselves,” she says.

Today, there are entire competitions dedicated to milk tea. It has become an art. What originally started out as a beverage inherited from another culture has now morphed into a symbol of individuality. SOUTH CHINA MORNING POST