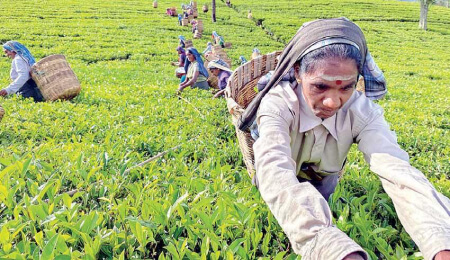 The tea industry sounded the alarm on the government’s latest move to increase the corporate income tax rate, highlighting that the move would negatively impact the competitiveness of Ceylon Tea in the global market.

A similar concern was raised by the apparel sector last week.

In a statement to the media, the Tea Exporters Association (TEA) pointed out that the move by the government to more than double the corporate income tax rate would impact the already struggling industry in three ways.

The first is an impact on the competitiveness against countries such as India and Kenya. The second is destroying the industry’s capability to invest for growth and maintaining competitiveness. The third is reducing the ability to pay the best prices for the tea growers, including a large population of smallholder farmers. “When more funds should be made available at the disposal of exporters for dealing with internal and external challenges, it is rather surprising that the government has decided the other way round, without giving much consideration to the plight of the tea exporters,” the TEA said.

The proposed increase in corporate income tax up to 30 percent would have multiple implications on the sector, specially on investment in machinery for developing and modernising the tea processing factories, the TEA added, pointing out that such investment activities would be severely curtailed with the revision of corporate income tax.
Providing employment opportunities would also be affected, due to low investment in the industry, it noted.

While appreciating the government’s decision to exempt the export sector from the payment of 2.5 percent Social Security Contribution Levy on the export turnover, in reality, the exporters are being charged with the social security levy either way by input suppliers to the industry, the TEA pointed out.

Since each supplier would add the levy at different stages, the ultimate increase to the final cost of the tea product can be more than 2.5 percent, it said.

Another concerning factor for the TEA is that the Social Security Contribution Levy is not claimable like the VAT payment. “The entire increase at different stages of the supply chain is borne by the exporter, thus further depleting our competitiveness in the world market,” it said.

The tea exporters cautioned that the increase in tax could affect the overall efficiency of the tea industry and the burden may sooner or later be felt through the entire supply chain, including the tea smallholder growers.

As a result, some tea export companies may even move to other countries like Jebel Ali Free Zone in Dubai, due to high taxes, purely to protect their market shares, which have been gained over the years.

The TEA said it earnestly requests the government to maintain the concessionary corporate income tax rate of 14 percent for the tea export sector for its long-term sustainability, which would ultimately bring in much higher growth dividends to the economy.