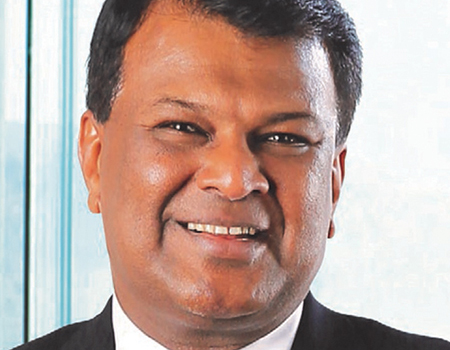 Talawakelle Tea Estates ranked fourth, and Kelani Valley Plantations ranked 46th in the inaugural LMD edition which pays homage to the most awarded companies in Sri Lanka. Ranking the most respected corporates for their outstanding achievements locally and internationally, the Hall of Fame represents the Top 50 most awarded organisations of the 204 entities ranked by LMD from January 2019 to September 2020. Notably, the two RPC’s are the only agri-based companies to be included in the LMD Top 50 Most Awarded companies.

"From our fields to our factories and offices, Hayleys Plantations is aligned to a singular vision, of pioneering the future of plantations in Sri Lanka. The fact that both TTEL and KVPL have secured a great place of pride among the Top 50 most awarded companies, while being the only agri-based companies within best 50 in Sri Lanka is a tremendous achievement, especially for our industry. This victory also demonstrates our belief that this industry still has immense untapped potential. Moving forward, we will continue to raise the standard for excellence, not just in our industry, but for the entire corporate sector,” Hayleys Plantations Managing Director, Dr. Roshan Rajadurai said.

Over the past year, Hayleys Plantations has continuously won several prestigious accolades, including bringing home the biggest haul of awards at the Social Dialogue and Workplace Cooperation Awards organised by the Department of Labour, bagging an impressive 4 Gold Awards, 4 Silver Awards and 4 Bronze Awards. KVPL was especially honoured with a Gold Award in the Small Scale Category- Service Sector, an impressive feat as it was the first time the Award was presented to a plantation company.

TTEL further consolidated its reputation locally, when it became the first plantation company to win the Gold Award for Overall Excellence at the National Business Excellence Awards in 2018, an honour typically reserved for Sri Lanka’s largest blue-chip companies. The achievement set a trend which was followed by sister company KVPL winning the very same prestigious title in 2019.

Both plantations companies were also recognised internationally as Country Winners at the prestigious Hallbars Sustainability Report Awards 2020. KVPL's Annual Report for 2017/2018, 'Growth Beyond Measure', was recognised as the Best in the World in the Tea category. Similarly, TTEL was presented with two Silver Awards at the Asia Sustainability Reporting Awards (ASRA) 2019.

Additionally, Hayleys Plantations was the Gold Award Winner of the National HR Excellence Awards, organised by the Chartered Institute of Personal Management, in 2016, and once again in 2018 and 2019 in recognition of its revolutionary HR practices and policies which have broken traditional boundaries and industry norms. The Hayleys Plantations Sector is also the first ever plantations company to win the Asia- Pacific HR Excellence Awards in 2017 and 2018.

Established in 1878 by Chas. P. Hayley as a trading house in Galle specialising in import and export, the Hayleys Group has since grown to serve as a centrepiece of the Sri Lankan economy while maintaining a global presence of manufacturing and marketing offices across five regions with business interests spanning a total of 16 sectors. Today it stands out as one of Sri Lanka's most prominent success stories, having been the first listed Sri Lankan corporate to surpass US$ 1billion in revenue and accounting for 3.3% of the nation's total export earnings.