Govt. to double tea production by 2025 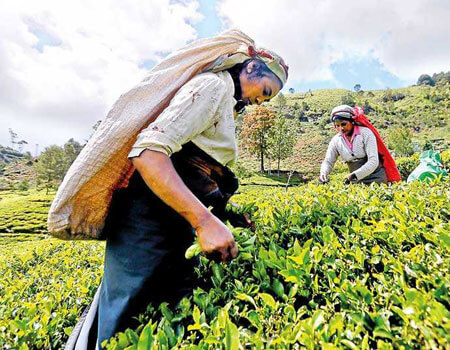 The Government recently said it focuses on doubling the annual tea production to over 600 million kilograms by 2025, while outlining plans to introduce new mechanisms of tea planting to increase production with the use of technology to enhance productivity.

Speaking at an event to mark the World Tea Day on 15 December, Plantation Industries and Export Agriculture Minister Ramesh Pathirana said new measures will be taken to introduce plants that will provide quick yield, to ensure rapid increase in production to develop industry and draw attention to resolve issues pertaining in the sector.

Pointing out that the average number of leaves produced per acre is between 350 to 400 kilograms, he said if instructions given by the Tea Research Institute (TRI) are followed tea plantations could easily enhance its tea production to 1,000 kilograms per acre.

Thereby, the Minister called on all tea smallholders and tea companies to increase their production capacity to over 800 kilograms per acre. At present around five millions of people are engaged and depend on agriculture in Sri Lanka.

He commended Sri Lanka Tea Board for the timely decision taken to introducing a mechanism for replanting adding that it has been decided to launch 40 new model tea plantations around the country within next month and the second program of this is scheduled to be held in Matara district next week.

Furthermore, he asserted that action will be taken to provide new nurseries, increase capacity of the existing nurseries and provide all other necessary plants within the second quarter of next year to assist avoid tea production shortage in the future.

“We will uproot existing unproductive tea plantations and replant new ones. The TRI has been given instruction to expedite soil testing and introduce new compost,” he said.

Acknowledging that there are concerns about tea smallholders having to wait for four years to pluck tea leaves, the Minister assured that steps have been taken to minimise the situation.

“I assure a prosperous future for all engaged in agriculture and will assist in the promotion and protection of all the produce of this country and all the crops that can be grown on this land,” Pathirana said.

The Minister also stressed that stern and immediate actions will be taken to those who try to downsize and bring down the tea industry. (CdeS)