Global tea promotion campaign to begin in May 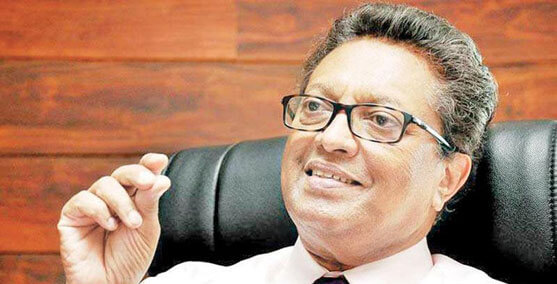 The global tea promotional campaign aimed at creating awareness and enhancing export revenue from the industry will begin in May, a senior official of the Sri Lanka Tea Board (SLTB) told the Business Observer.

The US$ 4.5 billion campaign will be launched in China, Japan and Russia, Germany, Ukraine, UAE, USA, Turkey, Saudi Arabia, Australia and Chile.

“We launch this as a generic campaign primarily to raise awareness about the country from which the brand emanates. Many, especially, the youth across the world still do not know what exactly Ceylon Tea is. We need to link the country with Ceylon Tea in the campaigns,” Wijewardena said. The campaign which was to be launched early this year came to a halt due to the political crisis in October.

Tea export income last year was expected to be between US$ 1.4-1.5 billion which is almost the same figure recorded in the previous year. Tea export income in 2017 was around US$ 1.4 billion.

“We could have done much better if not for the crisis in the Middle East, particularly, the sanction on Iran, a key market for Ceylon Tea. The promotional campaign will help generate more income from tea exports,” the SLTB chief said.

However, there has been encouraging results from the US market for Sri Lanka’s value added flavoured tea, according to data. The ban on MCPA, an alternative weedicide used during the ban on Glyphosate, will help re-position Ceylon Tea exports in markets, such as Japan which rejected certain consignments last year due to tea surpassing the Maximum Residue Level (MRL).

The global residue default rate is .01 and tea exports violating the MRL is turned down by countries that adhere to the global standard.

“Glyphosate is once again in use. The industry will reap the harvest of the lifting of the ban on the popular weed killer,” Wijewardena said.

The highest production of 340 million kilograms of tea was reported in 2013 followed by 338 in 2014. A major stake of tea production is held by smallholders who account for around 75 to 80 percent of the production. Sri Lanka, a leading producer and exporter of tea earlier has been overtaken by Kenya, Bangladesh and Vietnam.

The absence of a vibrant replanting campaign and regular strikes by plantation workers over wages have crippled the industry which has the potential to be a leading foreign exchange earner.

Many Regional Plantation Companies (RPC) have not replanted tea since the privatisation of the plantation sector in 1992. ‘We were planning to replant 1,000 hectares each year from this year. The Minister proposed a fund for replanting. However, the Cabinet paper did not go through due to the political instability in the country,’ Wijewardena said. He said it is a pity that Rs. 1,000 cannot be paid to a worker per day. This is a symptom of a problem due to the absence of a program to replant and increase exports which will generate more income empowering workers. Protests have been held appealing for a daily wage of Rs. 1,000 for plantation workers in Colombo, Kandy Matara, Badulla, Nuwara Eliya, Ratnapura, Matale, Ragala, Kegalle and Mathugama.

Plantations Minister Navin Dissanayake at recent meeting with RPCs requested companies to pay Rs. 1,000 for them. In response, RPCs agreed to a basic wage of Rs. 940 which was turned down by trade unions.

Several rounds of discussions between plantation trade union representatives and RPCs ended up in a stalemate. The Collective Agreement reached one in two years between the two parties lapsed last October.