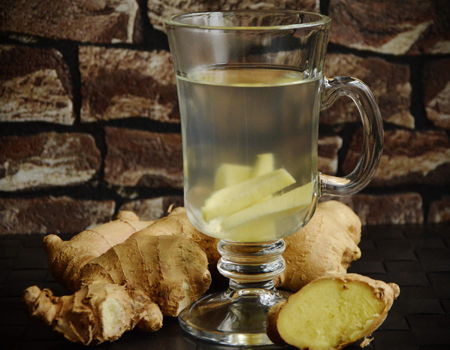 THIRUVANANTHAPURAM: Ginger is one of the most popular herbs since time immemorial and has many health benefits. Ginger is an underground stem that is widely used not only in varying cuisines as a spice, but also in Ayurveda, other ancient medicinal practices and also as a home remedy.Although a hot cup of ginger tea might not seem like an enticing and tempting thought during the hot summer months, it is certainly very beneficial for your body.

In ancient days, people added ginger to regular tea to get the flavour. Today, tea Brands including our own flagship brand, Ripple has a variety of flavoured teas in Ginger including the Ginger green tea, Ginger black tea, and even the Masala tea, which continues to give one the satisfaction of having the perfect cuppa without taking as much effort.

Be it a hot cup during the monsoons or a cool addition to your summertime drinks menu, the ginger tea is sure to be a hit. Iced ginger tea can be prepared by simply adding ice cubes to the regular ginger tea with honey and lemon to taste. You can even customise your ginger tea by adding mint or Sorrel (Hibiscus).

Ginger Tea is known to have many benefits and here are some of them:

Improving blood circulation: Research suggests that Zingerone and Gingerols present in ginger tea have a warming effect on the body which aids in blood circulation. Regular consumption of ginger tea can help prevent blood clots and this in turn also reduces the risk of heart disease and atherosclerosis. Ginger is therefore a natural blood thinner and if adding ginger to your diet helps in this, then what can be more perfect than a cup of ginger tea!

Digestion: Ginger has a very powerful active ingredient called zingiber, which can eliminate bacterial pathogens that attack the stomach and compromise its digestive function. The muscle relaxant properties in ginger help in preventing the belching and bloating sensation a person develops after eating too much. After meals is a good time to have your favourite cuppa. Ginger also stimulates digestion by relaxing the smooth muscles of the digestive tract. Since summers come with their fair share of tummy troubles, drinking ginger tea during the season is good as well.

Reduces inflammation: Gingerols, Zingerone, shogaol and paradols found in ginger can help fight free radicals, reduce inflammation and the risk of chronic diseases. It also helps in relieving the burning itching and burning sensation developed during an inflammation. The anti-inflammatory properties are also good for the muscles and for those with joint problems or arthritis. In fact one can use this tea to soak inflamed joints for relief as well.

De-Stress: The strong flavour of ginger and its healing properties mean that ginger tea is very capable of effectively countering stress, at the end of a long and tiring day of work. Gingerol fights against those chemicals in our body that leads to psychological and physical stress

Immunity: The antioxidants in ginger is very useful in building up your immunity. Ginger has been found in the scientific research to help balance the immune system to restore it to proper functioning. Ginger has also been found to enhance the protective functions of the immune system. The best way to consume it is of course in your favourite cuppa!

If you don’t like the idea of drinking a cup of steaming, strong-flavoured ginger tea, you can simply add ginger juice to your lemon, green or mint teas and reap the benefits of this soothing beverage!

Disclaimer: Remember to seek the advice of a medical professional before you try to treat any medical condition with ginger tea