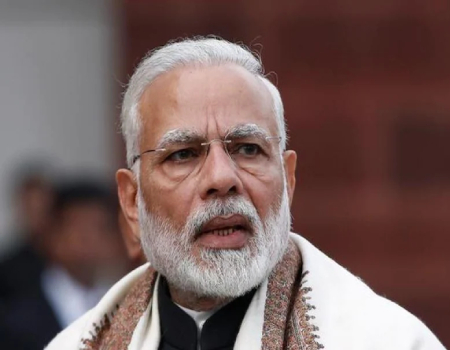 President Rajapaksa, while speaking with a group of irrigation officials on the next harvesting season’s requirements, said Prime Minister Modi asserted that the supplies will be delivered for the next cultivation season.He said the fertilised supplies, to be delivered under the Indian Line of Credit, would be distributed within 20 days after the consignment reaches Colombo.

The Sri Lankan government banned chemical fertilisers last year as part of a phased transition towards organic agriculture. The dearth of adequate supplies of organic fertilisers affected agricultural output, especially rice and tea, and caused a food shortage with crop losses amounting to 50 per cent.

Rajapaksa, a few weeks ago, admitted his decision to ban chemical fertilisers to go 100 per cent organic was wrong.

The agriculturists have warned that the country may encounter a food shortage by mid-August in the ongoing economic crisis.

The Government of India decided to supply this quantity of urea immediately to Sri Lanka at the request of the Government of Sri Lanka, despite a ban on the export of urea from India, the Sri Lankan High Commission had said in a statement.

Sri Lanka is aiming to boost its agriculture sector to avoid any disruption in the agriculture market following the drop in paddy cultivation during the Maha session.

Sri Lanka’s annual fertiliser imports cost USD 400 million. Farmers across the country have protested against fertiliser shortages, saying they are being forced to abandon their farmlands.

Sri Lanka has more than 2 million farmers and up to 70 per cent of its 22 million people are directly or indirectly dependent on agriculture.

India has committed more than USD 3 billion to debt-ridden Sri Lanka in loans, credit lines and credit swaps since January this year to help the neighbouring nation which is grappling with the worst economic crisis since its independence.

Sri Lanka’s economic crisis is caused in part by a lack of foreign currency, which has meant that the country cannot afford to pay for imports of staple foods and fuel, leading to acute shortages and very high prices. The crisis has provoked widespread protests and led to calls for political reform and the resignation of President Rajapaksa.