Farmers against haphazard rush to switch to organic fertiliser 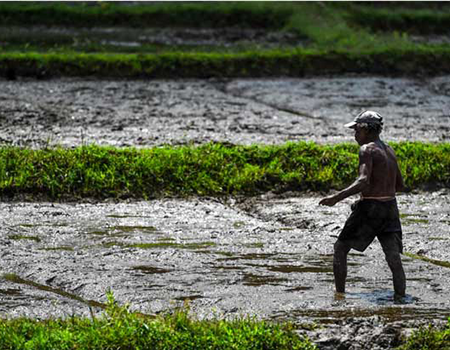 Farmers in the country don’t want a haphazard rush towards full-scale organic fertiliser use, instead preferring a properly phased-out process supplemented with adequate advice, a new survey has revealed.

This was one of the key findings of the first survey of its kind carried out among farmers on the fertiliser ban by Verité Research.

The Verité Research survey said almost two-thirds of the farmers were supportive of the Government’s vision to move Sri Lanka towards organic agriculture, but almost 80% of those who were supportive felt that it would require more than one year to do so.

The highest dependency on chemical fertiliser is among paddy farmers (94%), followed by tea and rubber (89%).

“There is a low level of confidence on the knowledge required for the transition,” said Verité Research, adding that only 20% of the farmers said they had adequate knowledge on suitable organic fertilisers and the proper application of it to their crops.

The survey also revealed 44% of the farmers experienced a decline this harvest and 85% forecast a decline in the future.

As per the survey, the three major requests that farmers make of the Government are for (1) advice and instructions on organic fertiliser; (2) more time, so that it can be a gradual transition; and (3) standardised supply of organic alternatives.

Verité Research implemented this telephone survey in July 2021 among 1,042 farmers through Vanguard Survey, a specialised survey agency in Sri Lanka. The survey sample consisted of farmers who cultivated crops for commercial purposes and was distributed evenly among all nine provinces.

Additionally, only farmers who cultivate more than half an acre and have engaged in farming for more than three years were selected for the survey.

Following President Gotabaya Rajapaksa’s announcement of a ban on the import of chemical fertiliser in April this year, Verité Research conducted a ‘Farmers’ Pulse’ telephone survey to elicit the views of farmers on this policy and its expected impact.

“This is the first time that the perception of Sri Lankan farmers on this policy is being presented based on statistically representative island wide survey results,” Verité Research added.