Farmer Killed By Tiger At Coffee Plantation In Indonesia 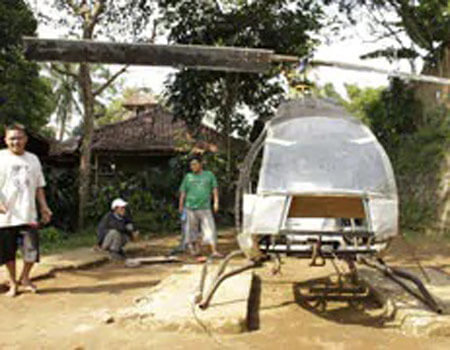 The farmer was killed by a Sumatran tiger, considered critically endangered by protection groups.

Jakarta: An endangered Sumatran Tiger has mauled to death an Indonesian farmer and seriously injured a domestic tourist, a conservation official said Monday.

The fatal attack happened Sunday at the farmer's coffee plantation on Sumatra island where the 57-year-old wrestled with the big cat before it killed him, according to Genman Hasibuan, head of the South Sumatra conservation agency.

"The farmer was attacked while he was cutting a tree at his plantation," he told AFP on Monday.

The mauling came a day after the same tiger attacked a group of Indonesian tourists who were camping at a local tea plantation in South Sumatra's Mount Dempo region.

One of the tourists was rushed to hospital for wounds to his back after the cat stormed into his tent, Hasibuan said.

The animal, which remains loose in the protected-forest area, is believed to be one of just 15 critically endangered tigers in South Sumatra, which has seen five tiger attacks this year, including two fatal incidents, Hasibuan said.

Human-animal conflicts are common in the vast Southeast Asian archipelago, especially in areas where the clearing of rainforest to make way for palm oil plantations is destroying animals' habitats and bringing them into closer contact with people.

In March last year, a man was killed by a tiger in Sumatra's Riau province while several months earlier a tiger also killed a plantation worker in the area.

Sumatran tigers are considered critically endangered by protection group the International Union for Conservation of Nature, with 400 to 500 remaining in the wild.