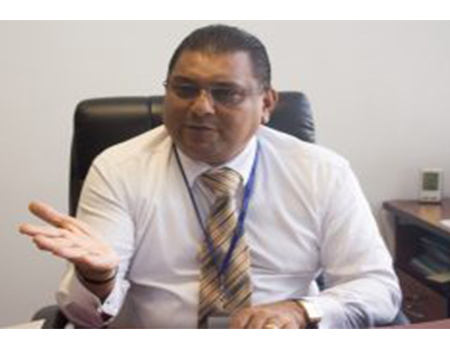 Sri Lanka’s agriculture sector contributes 6.5% to the country’s total GDP (Gross Domestic Product) according to a 2020 Central Bank report, and according to the Planters’ Association of Ceylon (PA), the sector employs the largest number of people among all sectors, providing direct employment to over 2.8 million people.

Sri Lanka’s plantation industry is one of its oldest industries, and from its inception up to the present day, the history of the industry has been unique, undergoing drastic changes from the colonial era to the period of private management by Agency Houses into an extended period of nationalisation, and finally its subsequent privatisation in 1992.

Despite all this change, the daily wage model of plantation workers has more or less remained the same throughout the years, focusing more on attendance of the workers rather than productivity.

Despite this, the daily wage of Sri Lankan plantation workers has been a prevailing issue in recent years.

History of the wage issue

The determination of the daily wage by Wages Boards under the Minimum Wages Ordinance (MWO) continued until the Collective Agreement (CA) system was introduced in the year 1992. The CA was signed by representatives of selected trade unions of the plantation workers with the Employers’ Federation of Ceylon (EFC). Hence, the daily wage is decided by these two representatives. The involvement of government representatives in the wage determination process ended with the introduction of the CA system in 1992.

At the same time, the CA could not bring tangible benefits to the plantation workers, and in 2016 they demanded a daily wage of Rs. 800. However, the CA only provided Rs.500 as a basic daily wage. According to a renewed CA signed on 15 October 2016, apart from the new daily wage, the workers were also entitled to an attendance incentive of Rs. 60; a Price Share Supplement (PSS), depending on the price of tea and rubber, of Rs. 30; and a productivity incentive of Rs. 140, bringing a worker’s daily gross earnings to Rs. 730.

Also, the tea pluckers who achieve a daily target of 18 kg of plucked leaves were entitled to an “over kilo” payment of Rs. 25/kg for each additional kg of plucked raw leaf. The common in-kind benefits workers received included access to a medical clinic, maintenance of estate housing, provision of water to the estate houses, a creche, and tea rations, although not all tea estates provide these.

Then in December 2018, the plantation workers went on a national strike, where they demanded that they wanted their basic daily wage of Rs. 500, doubled to Rs. 1,000, with additional increases in pensions and other benefits.

Following this strike, in January of 2019, the CA was again revised due to the plantation workers’ continuous struggle to obtain a basic daily wage of Rs. 1,000. However, the CA only raised the workers’ base daily wage up to Rs. 700.The PSS payment too increased up to Rs. 50. However, worker unions allege that the RPCs deprive the tea workers of the attendance allowance and the productivity incentives, limiting the gross pay hike to a mere Rs. 20.

During this time, the PA argued that the workers can earn even more than the demanded Rs. 1,000 with the increased over kilo payment of Rs. 40/kg, which aimed at improving labour productivity. They further emphasised that Sri Lanka’s major competitors such as Kenya, South India, and Assam reached much higher labour productivity levels, ranging from 36 kg/day to 60 kg/day, with a daily minimum target of 24 kg-40 kg.

Under this wage model, the implied monthly wage of tea pluckers, including common in-kind benefits, amounts to Rs. 20,731, without any additional plucking over the daily target.

Then on 14 January of 2020, President Gotabaya Rajapaksa’s Office issued a media release declaring that the President wanted the minimum daily wage of tea plantation workers increased to Rs. 1,000, starting on 1 March.

However, during this time the PA and EFC opposed the new pay proposal, and stated that it would cost nearly Rs. 6 billion annually and would have a disastrous impact on the tea industry. Therefore, the former Chairman of the PA, Dr. Roshan Rajadurai, stated that while no decision had been taken on the wage issue at the time, if a productivity-based system was to be implemented, workers could earn more than Rs. 1,000 a day.

Finally, during the recent 2021 Budget reading, the Prime Minister and Minister of Finance Mahinda Rajapaksa stressed the need to realise the daily wage of Rs. 1,000 with a warning to plantation companies that are unable to make this payment.

However, according to the PA, the country’s tea industry, which accounts for 16.57% of the total export income and 67.38% of agricultural export earnings, has been burdened with high costs of production and low productivity, leading to stagnant growth of the sector.

Against this backdrop, the PA addressed the issue of the daily wage for plantation workers during a virtual conference held on 17 November, proposing a new sustainable wage model to replace the old one. The PA, the apex body of all the RPCs, which represents their interests in policy and other matters, stated that RPCs are ready to introduce productivity-based earnings models to counter the rhetoric of low labour productivity and high costs of labour.

The event emphasised the need to urgently transition away from the existing, colonial-era daily wage system, which had become mired in political controversies and totally disconnected from economic reality; the PA has proposed a new entrepreneurial-based income-generating model, in which employees would be in control of their earnings.

With the current wage model, workers are paid an unrewarding flat rate for a day’s work. The proposed productivity-linked wage model ensures that workers can aim to earn more than just Rs. 1,000 a day.

This productivity-linked wage model is currently practiced in the smallholder sector, where tea harvesters are paid Rs. 30 for every kg of tea leaves plucked. Some harvesters pluck up to a daily average of 30 kg of tea.

During the virtual press conference, Dr. Rajadurai stated that based on the learnings from the smallholder sector, and successful case studies conducted internationally, the current wage model has to be changed in order to make the industry more sustainable and prevent the current trend of outer migration of workers.

“The current attendance-based model we have is from the archaic colonial era and has brought out a negative stereotype when it comes to plantation workers. But this new productivity-based model is set to make them entrepreneurs and become more self-managed.”

Dr. Rajadurai stated that having studied the wage model of the smallholder sector, they see their model to be more sustainable, dynamic, and progressive, with the plantation workers having a higher quality of life and them seeing improvements year on year. The new model the industry is offering is set to be somewhat similar to the smallholder sector model, but will also offer the traditional and statutory benefits that are given currently.

“The wage system we are proposing, while it seems new to RPCs, is simply an expansion of what has long been practiced in the smallholder sector and what has been trialled even on RPC and state sector estates, all with great success. We want to take this model and enhance it even further, so that we offer more than what smallholders pay, and open a path to further reforms from the ground up,” he said.

He claimed that this reform can also pave the way for providing workers with much greater flexibility in their working hours, meaning that once they hit their quota, they can utilise the rest of their time for their own purposes.

Sri Lanka Federation of Tea Smallholders Chairman K.L. Gunaratne explained from his own personal experiences how productivity-linked wages have been far more incentivising for both workers and smallholder estate owners than a daily wage model.

“Workers are more empowered when their earnings are within their own control. When they start aiming for a personal target, they are able to control the hours they work, and allocate their efforts accordingly. Speaking both from my own experience and on behalf of other smallholders, moving towards productivity-linked wages was definitely the right call for our sector as it increased worker efficiency, livelihood, and output in the sector”.

Based on these lessons learned in the smallholder sector, the productivity-linked model that the PA has repeatedly advocated for will enable workers to become “agents of change” within their own communities. In order to ensure a smooth transition to such a model, the PA reemphasised its willingness to collaborate with all industry stakeholders to reform the existing wage model to ensure progress towards a sustainable future for every plantation worker.

During the event, recently appointed PA Chairman Bhathiya Bulumulla stated that a new round of negotiations with the trade unions is set to happen in January 2021, and that the time has now come for meaningful and progressive reforms that follow in the footsteps of agribusiness models applied with great success in other nations so that employees are empowered to take charge of their work and are in full control of their earnings.

“This is the only way forward and we urge all stakeholders interested in the future of plantation families to support the move which will see the employees earn far beyond a Rs. 1,000 (daily wage) to as much as Rs. 55,000 to Rs. 70,000 per month.”

Speaking to The Sunday Morning Business, he stated: “We have never said no for Rs. 1,000; all we want is to implement this on a flat basis as we also have to survive. This issue has to be looked at from an economic perspective, not a political perspective.”

Bulumulla stated that they are currently in negotiation with trade unions on the monthly wage model, and for the last two CAs they had agreed to go for a different wage model and that is what they are working on now.

“Everything in the plantation industry – markets, buyers, customers, and technology – has changed; the only factor that remains the same is the wage mode itself. The time has come to replace this archaic model with a system where workers can become entrepreneurs, and take control of their earnings themselves. Otherwise, they will forever be locked in a wage system that doesn’t benefit them or the industry.”