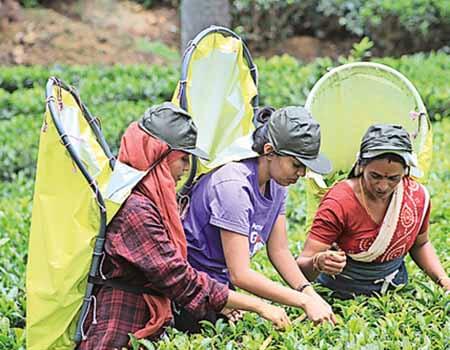 The new plantation wages decided by the tea and rubber wages board will be gazetted despite receiving over hundreds of objections from stakeholders likely to be impacted by paying the Rs.1000 minimum wage.

Labour Commissioner General Prabhath Chandrakeerthi told the Business Times on Wednesday that since this wage hike of Rs.1000 is a government decision that had received cabinet approval it will be implemented immediately despite the objections.

Accordingly, a Wages Board meeting was scheduled to take place on Friday afternoon where the objections will also be considered but the issuance of the gazette will go ahead.

The objections have been submitted to the Wages Board, Mr. Chandrakeerthi said adding that they were only involved in the facilitation of the entire process and that now it will be over to the trade unions and the representatives of the Regional Plantation Companies (RPCs).

Some in the industry believed the government had brought forward the date for the submission of objections until 12 noon on Monday. However, according to the given legislation there is provision for the Labour Commissioner to consider the date until which objections can be filed.

“It is mentioned in the wages board ordinance where we have to call and consider objections,” the Labour Commissioner General explained adding however that they will not change their decision despite the objections placed before them.