Escape To Tea Country: With Over 150 Years Of Tea Making Heritage, Sri Lanka Is A Brew-Lover's Paradise

Sri Lanka, the teardrop shaped island in the Indian Ocean, is the size of Ireland, yet it's home to an incredible diversity of wildlife. In the deep waters off the southern cape, blue whales, the largest animal on earth, come to breed. Herds of the largest land animal, the elephant, freely crisscross the island. Leopards skulk in forested undergrowth preying on unfortunate dogs. 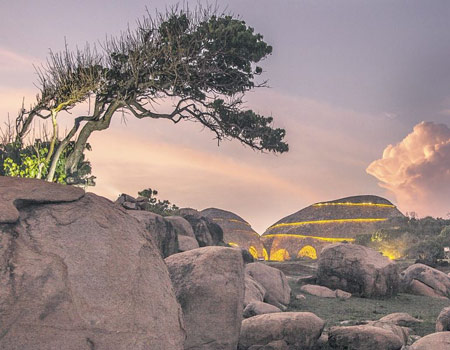 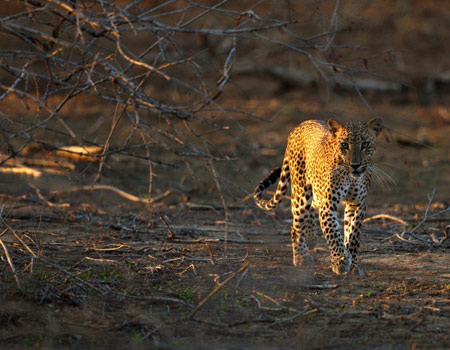 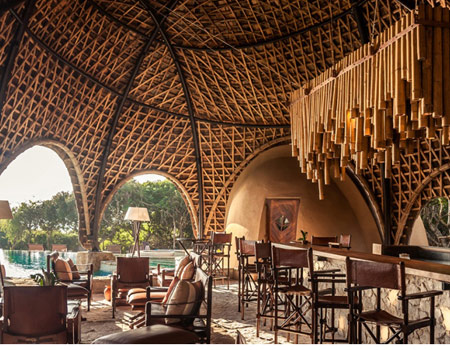 From the cloud forests of the central highlands - Ceylon tea country - to the wild coast and Yala National Park in the southeast, and the breathtaking cliffside views and soft-sand beaches of the southern cape, Sri Lanka is not wanting for variety in its landscapes either.

The end of the decades-long civil war in 2009 led to a rapid rise in tourism, and the opportunity for visitors to explore this island in its entirety. The greatest concentration of resorts is to the south of the capital of Columbo, joined by the only fast road on the island. However, with so much diversity on offer you'll want to be able to get around. This means choosing a tour operator, such as Cox & Kings, that provides an expert driver. Sri Lankan roads are similar to those of India, where animals, people, tuk-tuks, cars and lorries all jostle for space. You need a trustworthy local at the wheel, not least on the narrow switchback roads in the highlands, and many hotels and resorts put them up as part of the deal.

Resplendent Ceylon is the tourism arm of Sri Lankan-owned Dilmah Tea company. Three of the properties in its portfolio, including the recently added Wild Coast Tented Lodge, are in the reliably upmarket Relais & Chateaux collection. In the UK, we might expect our brew to be Yorkshire or Tetley, but across the world Dilmah is the last word in quality tea from old Ceylon.

Back in colonial times Ceylon was originally a global producer of coffee; however a blight in the mid-19th century meant that, in 1867, the island switched to tea, which turned out to be even more suited to the soils, the altitude and the climate. Today just two per cent of Sri Lankan land produces 300m kilograms of tea per year, and each week 6m kilograms of tea are sold in the auction houses of Columbo. It's the second-most consumed beverage in the world after water.

In tea country, steep-sided mountains are hewn into terraces covered in waist-high, bright-green leafy bushes handpicked by women in brightly coloured saris. The scene is reminiscent of those vertiginous European vineyards pricked with regimented vines - both tea bushes and vines can be 60 to 100 years old. Yet here, near the equator, the earthen tracks are ochre red, and in the wild vegetation lurk sambar deer, monkeys and leopards.

Merrill J Fernando founded Dilmah Tea in 1988 at age 58, as a single-origin Ceylon brand. As a family business (son Dilhan now looks after Dilmah, and son Malik has created Resplendent Ceylon) all profits are reinvested in the island. Ten per cent of both company’s profits go directly to community projects. I visited an orphanage for baby elephants; a pottery that provides employment for local women; a school for tots and children of plantation workers; and a community medical centre - all funded by the MJF Foundation.

On arrival in Columbo (SriLankan Airlines is the only scheduled service to fly direct from London, in ten and a half hours), my driver whisked me up into tea country. If you want to break the journey with a night in Columbo there’s the option to forsake the four-hour winding road with a next-day seaplane flight up to the reservoir at Ceylon Tea Trails (from £250pp).

Cinnamon Air can also fly you onwards to Wild Coast Tented Lodge (again, from £250pp). So with a driver and a pilot on hand, getting around is taken care of. All you need to do is decide whether you want to make the three-stop hop clockwise (green, misty tea trails to coastal national park to beach) or the other way around, basking in sun, sea and surf when you arrive, ending in the cooler highlands. The choice is yours.

A most authentic, genteel and original concept, Ceylon Tea Trails is just as it sounds - a collection of five former tea plantation overseers' homes joined by trails for hiking and biking.

Each of the five cottages (with four or five doubles each), has a different aspect, but all share the same passion for antiques befitting their 1920s heritage, the latest soft furnishings and modern bathrooms. Breakfasts are either English or Sri Lankan, but first you are invited to be served "bed tea" in your room on waking. It's a delicious institution. Then take the tour around the Dilmah tea factory, kayak on the lake and hike or bike between bungalows for lunch or afternoon tea (all meals and activities included, massages are extra).

Built on the wild coast of the southeast on the edge of Yala National Park, famous for its leopards, this camp of 34 tented suites opened at the end of last year.

In a concept design by Nomadic Resorts, the extraordinary bamboo-and-wood atriums of the bar and restaurant take their domed forms from the two-billion-year-old rocks on the shore. The huge infinity pool blends seamlessly with the horizon beyond, where the pounding surf of the Indian Ocean meets the vast blue of the sky. At sunrise you might see fresh elephant tracks in the sand.

Each of the huge pod-suites is clustered around a watering hole for wildlife and are on stilts so that creatures may come and go as they please, making night-time calls. Breakfast and two game drives per day are included.

If you like the uniqueness and drama of a small-scale upmarket resort on cliffs overlooking the beaches and rolling surf of a cape, then Weligama is a treat. A two and a half hour drive south from Columbo, green lawns, croquet and afternoon tea set the scene. Accommodation is generously-sized and extremely discreet.

My suite included a private lounge terrace, vast bathroom with freestanding tub and even a fully tiled steam room which I used morning and evening. My villa's full-size swimming pool, tucked away in the garden, was shared with the suite next door, but with only one bedroom each it was never busy. Offshore, blue whales come to breed from November to April.

The tourist boats might get uncomfortably close to these enormous silver-backed creatures, but the hotel will assign you a small-group fast motor launch that is respectful of their space.