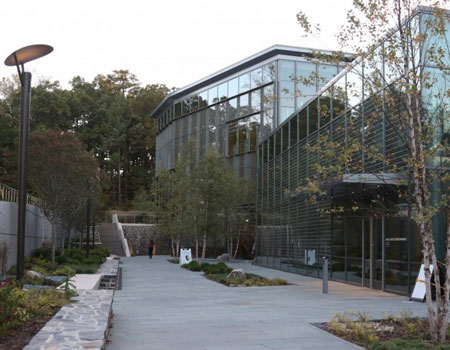 Many Duke students merely view tea as an alternative to coffee. The new club Duke CommuniTEA wants to educate students on the history of the drink.

This club meets Wednesdays at 7 p.m. in the Oasis at the Wellness Center to engage in discussions, meet new people and drink lots of tea. Students make their own tea bags from a line of loose leaf teas, including black, green, oolong and white tea. They can also get creative adding things such as rose hips and lemongrass to boost the flavor. In addition, one special tea is always shared between the members that is brewed using traditional Chinese methods by the club president, sophomore Vincent Liu.

“My mom found tea master nearby [in China], and I started taking lessons from him," Liu said. "It was just very fascinating to learn about the culture, the history about tea ... By learning about tea culture, I learned more about Chinese culture, which connects me back to my roots."

Last year, Liu partnered with the Wellness Center to start this club, which he felt was an important addition to the Duke community.

“Tea is all about sharing," he said. "If you have the best tea, and you don’t share, it’s meaningless."

Liu's goal for the club is to share his passion about tea and interest in tea culture with people from different backgrounds.

"I expected college to be more inclusive and more like a community, but sometimes it doesn’t feel like that because people just stay in their comfort zones and don’t talk to people who are superficially different from them," he said. "I just want to create this club so that we have a platform to connect people together, meet, talk and relax.”

Other students agreed that the club was a meaningful addition to the wide array of organizations on campus.

“I really like the sense of community that the club brings," junior Max Bartlett said. "I always learn something new about tea and I collect tea myself. I think it’s a great way to meet people."

Some members have been introduced to new teas.

“I used to just drink black tea, Robioos, which is a tea from South Africa, because I’m from Zimbabwe and that is just the household tea," said sophomore and executive board member Bernice Meja. "Then I started experimenting with green tea, and drinking that a lot, and lighter teas in general. When I came to Duke and saw there was a tea club forming, I wanted to join. Now I know about a variety of teas like oolong and white tea."

Last year, the club held two tea ceremonies, using the methods Liu learned from the tea master back in China. Liu hopes to host these events again, but the are not the only items on the club's agenda.

The club plans to plant tea trees around the Wellness Center or in the Duke Gardens, depending on where soil conditions are better. Club members will take care of the plants, pick leaves and brew tea.

They also hope to host a conversation event.

"People gather together and sit together and everyone would be drinking tea, and discussing some topics and themes: Either some issues on campus or something related to stress, just anything you feel like you want to talk to others about,” Liu said.

Tea isn't just important to the members of the club. On average, 184 million people in America drink tea a day, and in 2017, the U.S. consumed 84 billion servings of the beverage.

Tea also has health benefits beyond providing caffeine. Black tea is said to help lower stress levels and blood pressure. Green and white tea have antioxidants that can help fight off illness.

Duke CommuniTEA wants to focus on not just drinking tea, but also teaching students more about this popular drink. They want to host events where students can watch documentaries and read excerpts about tea, though this is still in the planning stage.