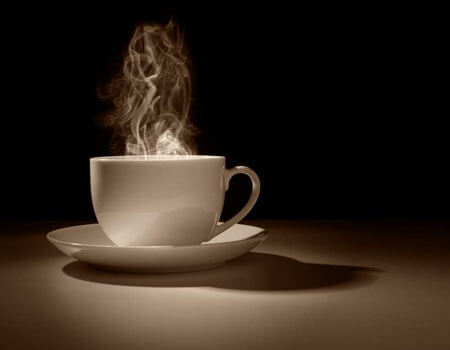 Do you like your tea served piping hot? Beware — you could be doubling your cancer risk, according to a new report.

Researchers from Tehran University of Medical Sciences in Iran recently conducted a study, published in the International Journal of Cancer, to determine the association between drinking hot tea and esophageal cancer.

To do so, they examined more than 50,000 people, aged 40-75, in Golestan, a province in northeastern Iran. They followed the participants for 10 years, tracking the temperature of the tea they drank as well as their overall health.

During the follow-up, 317 new cases of esophageal cancer were identified.

“Many people enjoy drinking tea, coffee, or other hot beverages. However, according to our report, drinking very hot tea can increase the risk of esophageal cancer, and it is therefore advisable to wait until hot beverages cool down before drinking,” lead author Farhad Islam said in a statement.

Tea is rarely consumed at temperatures above 65 degrees Celsius in the United States or Europe. However, in places like Iran, Russia, Turkey and South America, it’s more common to serve tea at that temperature or hotter, Peter Goggi, president of the Tea Association of the USA, told CNN last year.

The scientists do not know why drinking hot tea is linked with esophageal cancer, but this isn’t the first study of its kind.

A 2018 study, published in Annals of Internal Medicine, found that consuming “hot” or “burning hot” tea is linked with a two- to five-fold rise in esophageal cancer, but only among individuals who also smoke or drink alcohol.

The analysts from that evaluation believe hot beverages may damage the tissue lining the esophagus, which could increase the risk of cancer from other factors, such as repeated irritation of the esophagus and the formation of inflammatory compounds.