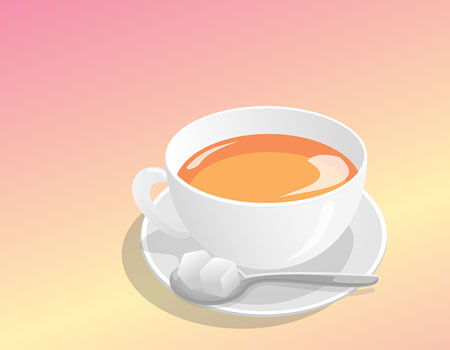 For the majority of us, our day doesn’t start well without our morning cuppa. With about 2 billion consumers worldwide, tea is one of the most consumed beverage after water. When consumed in moderation, tea has numerous health benefits.

Enriched with healthy antioxidants (flavonoid, catechin, thearubigin, and theaflavin) and anti-inflammatory compounds, tea consumption helps improve your immunity. And here’s yet another reason to drink tea: It reduces your risk of fractures!.

A recent meta-analysis (of 25 previous studies) has found that tea consumption could be associated with a reduction in fracture rates.

The association between tea consumption and the risk of fractures has remained controversial. The researchers sought to elucidate this by conducting a meta-analysis. They identified relevant articles published until March 2019 from databases like PubMed, Web of Science and Embase. They then computed the pooled relative risks with 95% confidence intervals using fixed or random-effects models. Totally 16 studies (seven cohorts and nine case-control studies) were included in this analysis. It involved 772,707 individuals and 37,166 fracture cases totally. The relative risks of fracture for the highest Vs lowest category of tea consumption were 0.86. They also found a significant association in cohort studies and case-control studies.

Tea consumption has also been reported to protect against cardiovascular diseases, Parkinson’s disease and some kinds of cancers. And Meta-analyses have been a very useful statistical tool that can pool relevant studies together in order to achieve a powerful conclusion.

Fractures have been a significant cause of health damage, economic loss and such observational studies on tea consumption and its effect on fracture risk can help reduce the burden. By far, there was a limitation in the data of such included studies and the researchers were not able to conduct the dose-response meta-analysis because of this. And this updated meta-analysis has clarified that tea consumption is in fact associated with the reduction in rates of fractures.