Drinking more tea might be beneficial to your well-being 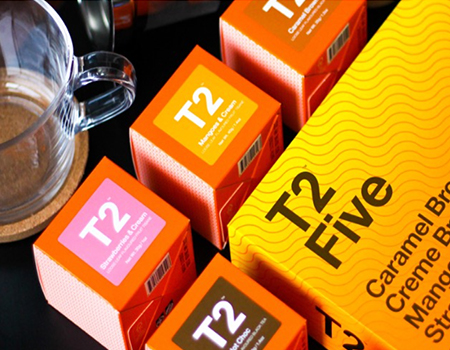 There are endless flavors of tea, from black, to peppermint, to jasmine, and many others in between. Beyond the small joys of sitting down with a hot cup of tea, there are many physical and mental benefits to drinking a few cups each day that could make your day-to-day experience a bit brighter.

A 2015 analysis of 11 studies with a combined total of almost 23,000 participants from the National Library of Medicine found that for every three cups of tea, your chances for depression could lower about 37%.

An analysis from SpringerLink in 2014 found that other health concerns like coronary heart disease, cardiac death, stroke, cerebral infarction, and intracerebral hemorrhage were decreased significantly across more than 850,000 participants.

Many of these studies took place in the eastern hemisphere,where drinking tea is a more popular habit. According to these studies, many see very little change in their health directly due to regularly consuming tea, especially if they are drinking less than three cups a day.

“I wouldn’t strongly recommend that anyone take up tea based on these findings, but there seem to be some potential benefits, and there don’t seem to be harms. Drink it if you like it. It, too, seems to be a completely reasonable addition to a healthful diet,” The New York Times reporter Aaron E. Carroll said.

“The main health-promoting substances in tea are polyphenols, in particular catechins and epicatechins,” researchers at Harvard Medical School said. “Studies of large groups of people over time have found that black tea or coffee drinkers are at lower risk for diabetes and possibly cardiovascular disease.”

Qi Sun, assistant professor in the Department of Nutrition at the Harvard School of Public Health,explained that drinking more tea is one aspect of a healthier lifestyle. It needs to be incorporated alongside less red meat and more vegetables, fruits and whole grains to actually make a difference in someone’s physical health.

Not only is drinking tea on a day-to-day business one of many important aspects of a healthy lifestyle, it is also about making healthier decisions to support your mind and body.

But beyond the sensuality of drinking tea, forming the habit and replacing less healthy drinks like soda or energy drinks might be more helpful later down the line. Furthermore, drinking tea is more of an experience in many places than just drinking a hot drink.

Behavioral scientists Francesca Gino and Michael I. Norton explain, as reported by Quartz writer Sarah Todd, “engaging in rituals mitigates grief caused by both life-changing losses — such as the death of a loved one — and more mundane ones.”

Tea can act like a hug from a friend in ways no other drink can. The act of mindfully gathering and taking the time to enjoy a hot drink with friends, family, or even alone can help relax and reset your mind.

“If you’d been staring at a computer screen for hours trying to work out a particular problem and you were frustrated and a bit fried, to have someone ask if you would like some tea was a little reminder that you weren’t alone,” Todd said.

Whether you try a cup of green tea between classes during a busy week or try to introduce yourself to try a cup several times a week with a healthier diet, it might be helpful in instilling a better lifestyle. Tea is one step in the direction towards a warmer heart and healthier body.