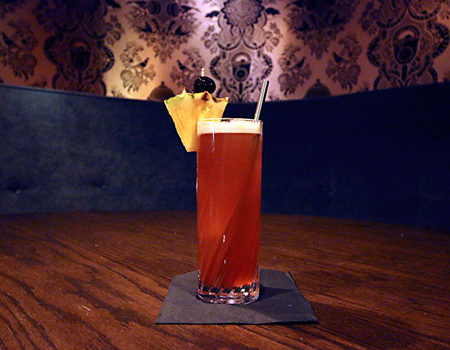 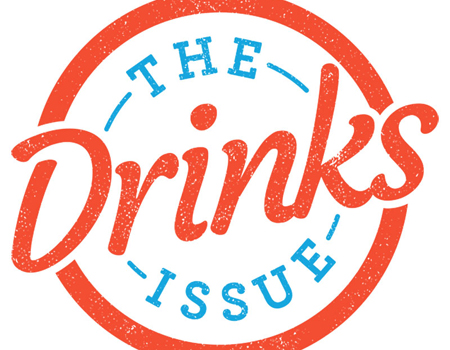 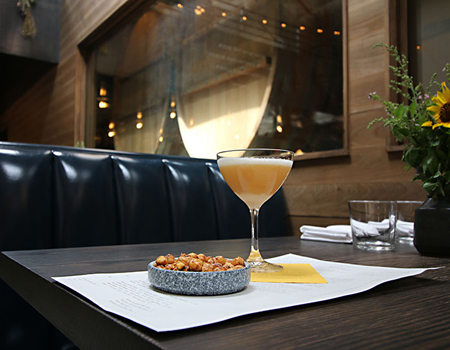 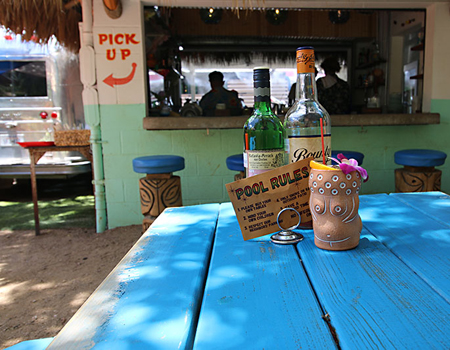 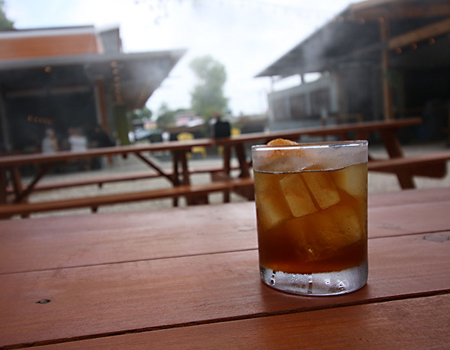 Where in the world are these cocktail ingredients from?

Craft breweries and wineries are getting more and more popular for their local offerings, lending an air of exclusivity to their product with limited distribution. But what about craft cocktails? We spoke with five bartenders at new spots around town to find out from where in the world they're sourcing their ingredients.

Like all great classic cocktails, there is a lot of mystery around who made it first, and where. Some say the Singapore Sling was created at the iconic Raffles Hotel in 1915, while others believe the recipe dates back to 1897. Small Victory took all of this into account when they put it on their menu. Laura Maddox, lead bartender, said, "We set up this bar where we can execute classic drinks from the past 100 years, the way they would have been back then, to the best of our abilities. We thought that this is a really iconic and historic kind of drink that we could do a good spin on, but still be true to the Raffles Hotel." Their take has been on their menu since Small Victory opened, and it's their most popular drink.

Pineapple juice Originally from Brazil, most canned pineapple and pineapple juice comes from the Philippines or Costa Rica. Most fresh pineapples are grown in Costa Rica, Hawaii, or Brazil, but Small Victory prefers ones from Mexico, and juices them by hand. Harvested year-round.

Lime juice Persian limes originate from the Mediterranean, by way of Southeast Asia. They grow best in subtropical climates, and the U.S. receives almost all of their limes from Mexico. Limes can be harvested year-round, but their peak is from May to September.

Benedictine From France. The recipe came from monks of the Order of Saint Benedict, and this Cognac-based liqueur is infused with a blend of secret herbs, roots, and spices.

Giffard Curaçao triple sec Distilled in the Loire Valley, France. Curaçao gets its name from the oranges grown on the island in the Dutch Caribbean. Triple sec indicates the three-stage distillation process.

Grenadine Not just for Shirley Temples, this staple syrup is traditionally made from pomegranates grown in California. Small Victory cold-processes their own from juice.

Angostura bitters From Trinidad. The be-all, end-all of bitters. Rum-based, made from a secret, and often imitated, blend of spices.

The Brewer's Table: Around the Binzer

"The spice component of rye goes really well with the deep, rich flavors of maple, and when you add the mesquite pod, it brings out the underlying caramel, vanilla, and cinnamon aspects," said Brandy Compton, bar manager for the Brewer's Table. Named for Compton's wife, this reinterpretation of a classic whiskey sour uses ingredients from all parts of the country.

Kooper Family Rye Founded in 2012, the upstart whiskey company blends their three- and five-year whiskeys together for their rye offering. Made of 100% rye grain grown in Kansas, distilled in Chicago, and barrel-aged in Dripping Springs, Texas.

Mesquite pod maple syrup Made from maple syrup (grade A, from Vermont and Canada) and mesquite pods. The pods are collected by Barton Springs Mill, which opened early 2017, located in the Hill Country.

Lemon Harvested year-round, Eureka lemons are grown all over the world.

Egg white Americans are eating and drinking more eggs each year, up 10% in 20 years.

"We were putting together our spring menu, and I really wanted to have a punch on there," said Nick Benitez, bar manager for Pool Burger. Falling in and out of vogue throughout its history, punch doesn't have particularly strict rules. Now making a comeback in bowls, pitchers, and, like at Pool Burger, a single serving, it's a social beverage best enjoyed with good company. Served in tiki mugs, Punch Out! pays homage to the classics with Batavia-Arrack, oleo-saccharum, and black tea.

Batavia-Arrack van Oosten From the Island of Java, Philippines. Made from fermented molasses and red rice, Batavia Arrack is funky and vegetal.

Lemon Most of the lemons consumed in America are grown in Florida, California, and Mexico.

Orange Valencia oranges are prized for their juice, and are grown in California, Florida, and Brazil. Peak harvest is in May and June.

Black tea Organic Ceylon tea from Sri Lanka. The mid- to high tannins in the tea act as the bittering component in this drink, balancing the sweetness, and giving depth alongside the Batavia-Arrack.

Oleo-saccharum Latin for sugar and oil, it's made from superfine sugar muddled with citrus peels. The oils slowly extract, forming a thick syrup, with a bright and zesty flavor. Pool Burger makes theirs with lemon, grapefruit, and orange.

This "is definitely designed to be a brunch drink: 'I want to get my coffee, but I want to get my buzz on,'" said Katon Claborn, general manager of Sour Duck Market. Created by, and named after, Cory Neel, of sister restaurant Odd Duck, the nitrogenated draft cocktail is surprisingly light-bodied and goes well with Sour Duck's expansive patio.

Clyde May's Alabama Style Whiskey Sourced through Willett Distillery, located in Bardstown, Ky. The whiskey is aged for six to seven years, and then mixed with apple flavors.

Dolin Dry Vermouth Made in Chambery, France. Dolin only recently came to the U.S. in 2009, and is well respected by the bartending community. The fortified wine lightens Nitro Cory's Coffee, and pairs well with the cold brew.

Cold brew Sour Duck uses Cuvée Coffee's Nitro Cold Brew in the cocktail. Grown in Colombia, the coffee is roasted, brewed, and packaged at their facility in Spicewood, Texas.

Ceylon cinnamon Located off of the coast of India, Sri Lanka produces more than 80% of the world's Ceylon cinnamon. Made from the interior bark of the cinnamon tree, it is cut and dried, and defined by its flaky texture.

Vanilla Grown in Indonesia, the second-largest producer of vanilla, whole beans are dried and cured before being shipped around the world.

Fulton at Fairmont Hotel: Down to Brownsville

Down to Brownsville is an agave Old Fashioned. "Mezcal Old Fashioneds, to me, can be a bit abrasive, and a bit too on the smoky side," said Andrew Grenz, beverage manager at the Fairmont Austin. The savory sotol, the base spirit in the drink, is accentuated by the campfire-in-a-glass mezcal. "The other side to it is that I found that Yellow Chartreuse and mezcal are pretty much meant for each other. You put them together, and it's like this marriage that happens in a glass. It's amazing."

Coconut oil-washed Hacienda de Chihuahua Sotol Plata Using coconut oil from the Philippines, the bartenders at Fulton infuse the sotol for two days. Sotol, which is just coming into the hands of many craft bartenders, is made from wild agave growing in the northern state of Chihuahua, and is the official spirit of the region.

Del Maguey Vida Mezcal Combining the grassy and peppery flavors of tequila with the smokiness of Scotch, mezcal is extremely popular in American cocktail bars. Agave hearts are roasted underground for a few days, before being ground, fermented, and distilled. Vida is from San Luis del Río, Oaxaca, Mexico.

Agave syrup Made from blue agave, grown in southern Mexico, it undergoes a similar refinement process to cane sugar, but agave nectar comes from the hearts of the plants. These can only be harvested once the plant reaches maturity, sometime between seven and 14 years.

Angostura bitters The "natural flavors" that Angostura lists in its ingredients fall under FDA regulations of providing no nutritional value, only flavoring, allowing their recipe to remain secret.

Yellow Chartreuse Forever in the shadow of its boozier and more popular sibling, Yellow Chartreuse still more than earns its spot on the back bar. It's made in Voiron, France, by a secretive group of monks with a staggering 130 herbal components.