Dr.Dan has had a long trek in planting 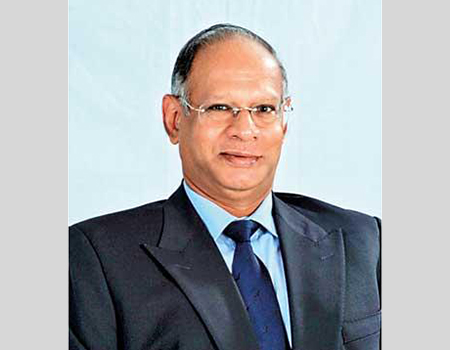 From Kahawatte
Dr. Dan moved over to Watawala which under his leadership won
13 awards – international, regional and others local

Fifty years in a particular career is no mean task and achieving it as an active planter is a rarity. After an illustrious school career at Trinity College, Daniel Vasanthakumar Seevaratnam, fondly known as Dan to his corporate and professional peers, schoolmates and family and Siva to many others, joined the corporate sector, but that was a short lived affair. Jettisoning a promising career at Unilever he commenced his planting career as a ‘creeper’ on Houpe Estate, Kahawatte, then a prime Tea property of the Ceylon Tea Plantations (CTP) Company under Lal de Silva. There were some who questioned his choice.

It is no easy task writing about Dr. Dan who is a great friend, genial colleague, mentor, dynamic boss and a ruthless CEO. But this is only a pen sketch of the great man he is. Dr. Dan’s planting career is one no one could emulate. Rapidly making a mark he became the first and only planter to be awarded the honorary Doctorate in Science (DSc) for his contribution to the industry, from the Wayamba University of Sri Lanka in 2010. After starting at Houpe he proceeded to Pita Ratmalie Estate, Haputale, as an Assistant Superintendent. From there, to Kirklees Estate, Udapussellawa in 1973, Gonapitiya Group until 1979 from where he became Assistant Manager on High Forest Estate, Kandapola. He got his first break as a Manager on Eskdale Estate in 1980, which was his charge until 1987. The year 1987 saw him move to Waltrim Estate, Agarapatana where his Managerial skills were recogniwed in his appointment as Group Director in 1989 which position he held until 1990 when he was made a Director of the Nuwara-Eliya planting district of the JEDB until 1991.

With the formation of Regional Plantation Companies, Dr. Dan was a Director of Maskeliya Plantations Ltd. until the year 2000 when he moved over as Executive Director of Namunukula (Tea) Plantations Ltd. He took over Kahawatte Plantation Ltd. as Executive Deputy Chairman in 2003 and as he often said, he was responsible only to one man, Mr. Merril J. Fernando who had implicit faith in him and his ability to lead Kahawatte Plantations from the loss making entity it was at the time Dilmah took over majority stake of Kahawatte’s Managing agents, Forbes Plantations Ltd., to one of the most sought after employers in the Planting sphere. What impressed Mr. Fernando most was Dr. Dan’s reputation as a ‘peoples’ planter’ and his ability to lead and motivate a team. Dr. Dan believed in empowering those he led in order to extricate their hidden abilities which would give him the results he wanted. Such was his magnetism and skill. When Dr. Dan took over Kahawatte, he had already transformed Maskeliya and Namunukula Plantations from loss making organizations to profit making ones. True to his reputation Dr. Dan indeed gave the kiss of life to Kahawatte to wipe off its losses and moved over to another employer handing over the reins to a worthy personality in Dr. Roshan Rajadurai (Now MD of Kelani Valley Plantations) who had been his SD on Waltrim. From Kahawatte Dr. Dan moved over to Watawala which under his leadership won 13 awards – international, regional and others local. It was also under his stewardship that Watawala achieved the milestone of Rs.1 billion in profits.

Retiring from Watawala in 2015 as Director/CEO he looked for a well-earned rest but, this was not to be. He was yanked out of retirement in 2020 to lead Kahawatte once again.

Dr. Dan was no mere planter. During his school days at Trinity he had the honour of being head prefect in 1969/70 and also won the Ryde Gold medal for the most outstanding student. There are many stories about his school career, but that’ll keep for another time. Among his many achievements are getting  the Diploma in Plantation Management from the National Institute of Plantation Management, being made Fellow Member – National Institute of Plantation Management, Sri Lanka, Fellow Member – Australian Institute of Management,   was conferred the Degree of Doctor of Science (Honoris Causa) by the Wayamba University of Sri Lanka in March 2010, recipient of the Institute of Personal Management of Sri Lanka (IPM) Lifetime Gold Award – 2012, recipient of the Lifetime Achievement Award – Asia Pacific HRM Congress – 2012, recipient of the Global ‘CEO of the year’ award at the Global HR Excellence Awards held in Mumbai in February 2013,  recipient of ‘The Trinity Prize’ for outstanding National Contribution to Plantation Agriculture – 2013. He is widely acclaimed as a Leader who has produced as many as six Chief Executive Officers to the industry and one to the highly recognized College of Learning in Sri Lanka. He is recognized in the industry as the Chief Architect in the turnaround of Maskeliya Plantations PLC, Namunukula Plantations PLC and Kahawatte Plantations PLC.