Death of a doctor 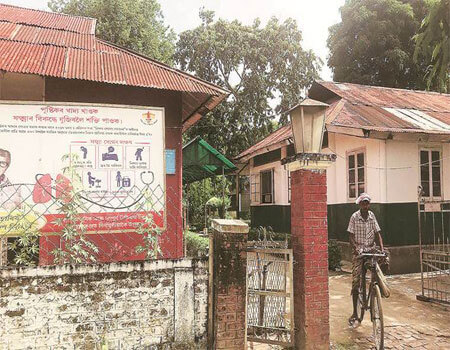 Health is the biggest flash point in Assam’s tea gardens. Their under-staffed hospitals are now wary since Dr Dutta was killed by an angry mob.

Fifteen days after a doctor was killed at the Teok Tea Estate in Jorhat district by a mob unhappy over the death of a patient, Dr Ranjit Kumar Saikia admits to alarm. At least seven doctors have resigned from Assam tea estate hospitals amid protests in the wake of Dr Deben Dutta’s death on August 31, after he was hit on the head and stabbed in the legs with glass shards; some suggest the number could be higher. The Indian Tea Association has said it is not feasible for garden managements to run hospitals and urged the state government to take over.

There are more than 600 hospitals across the tea gardens of Assam, similar to the one in which 73-year-old Dutta worked. Saikia heads one of the two hospitals on the Koomtai Tea Estate. A 2015-2016 study by the National Health Mission, Assam, listed 649 hospitals in the 766 gardens surveyed, and found many lacking in infrastructure, permanent doctors etc.

Over 100 years old, the Koomtai Tea Estate is one of the biggest tea estates in Golaghat, spread over a 20-km radius, and produces 21-22 lakh kg of tea per year. Around 1,900 workers’ families reside on the estate.

As per the Plantations Labour Act, 1951, and Assam Plantations Labour Rules, 1956, healthcare service in tea gardens is the responsibility of the management. With tea gardens historically located far from towns, and labourers staying on the estate, the company took charge of their health, housing, school etc. Lately though, the Assam tea industry is in the midst of a financial crisis, and state Finance Minister Himanta Biswa had said the government would provide essential drugs free to 300 tea garden hospitals.

Originally from Golaghat town, Saikia, 72, has been a tea garden doctor for over 24 years. For over two years now, he has been at Koomtai. In all this time, Saikia remembers just one incident similar to Dutta’s, when around 30 people turned up at his chamber last year after a woman whom he had referred to a Guwahati hospital died. That incident was solved amicably.

“I could not sleep the whole night after watching the videos (of attack on Dutta),” says Saikia. Teok is around 70 km from Golaghat. “My relatives and friends cautioned that I could end up as another Dr Dutta. But I can’t leave just like that, I can’t leave in fear… And I am not scared, I do my duty and treat people.”

In its statement after Dutta’s death, the Indian Tea Association said, “In the wake of such insecure and violence prone environment, it has become infeasible for estate managements to run garden hospitals.”

The hospital Saikia heads has 42 beds and a staff of eight. He is the only doctor, and there are two nurses and a lab technician. Different sections are housed in separate tin-roofed structures, and the hospital has a delivery room along with ante- and post-natal patient rooms and an isolation room for diarrhoea and dysentery patients. Saikia says they have all the facilities “as per the government of Assam requirements”.

There are days they get more than 50 patients. Most have problems associated with poor nutrition, unhygienic living conditions, alcoholism, anaemia, and back pain from carrying baskets of tea leaves. “Several patients also come in after a stroke. Many workers have high blood pressure,” Saikia says.

The other unit at Koomtai has 30 beds and is led by an Ayurvedic doctor, Dr B Sarma, with the same staff strength as Saikia’s.

A tea garden doctor in Golaghat district admits pressure from managements. “We have to run the hospital at as less a cost to the company as possible because these garden hospitals are not profit-making.”

Incidents like at the Teok Tea Estate are demoralising for everyone, including tea garden managers and other staff, says Koomtai General Manager Bharat Bhushan Bawa, who has been running the estate for 16 years. “Workers are in a majority in a tea garden, and if they get violent, there is little you can do,” he says, adding that it might become difficult for them to hire doctors.

Dipanjol Deka, the Secretary of the Tea Association of India, agrees. “The main reason behind urging the government to take over running of the garden hospitals is mitigating costs. Secondly, it is very difficult to get doctors for these hospitals. And health is a sensitive issue. Most of the clashes in gardens arise out of hospital-related issues.”

Stressing that they do their utmost to take care of workers, Bawa says the estate has two ambulances of own, and if both are engaged, they pay for the patients to hire one.

The workers, however, claim that often the garden hospital is unmanned. Saikia’s duty hours are from 6.30 am to 11 am, and 3-5 pm. In the middle, he goes generally to his quarters, a five-minute walk away, as do the nurses. At night, there is only a watchman around.

A member of the Koomtai garden unit of the Assam Chah Mazdoor Sangha (ACMS), the largest trade union organisation in the state’s tea gardens, who refused to be named, says, “Workers often get agitated if they do not immediately find a doctor or a nurse at the hospital. That is why the Teok incident happened. At Koomtai we have requested that the nurse service be 24X7.”

The member also complains about refund for treatment at other hospitals coming late from the tea garden company, putting a burden on workers who earn less than Rs 170 per day.

Gautami Bharali, a social welfare officer at Koomtai garden, says, “A doctor is a human being too, he is not god. We have to make workers realise that.”