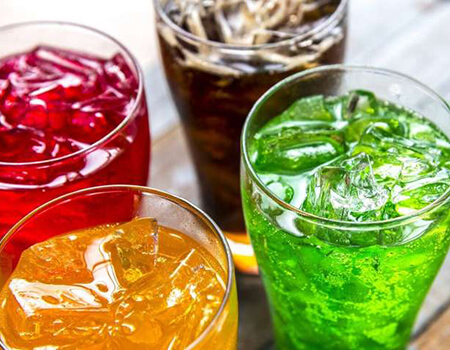 Beverage companies spent $1.04 billion to advertise sugary drinks and energy drinks in 2018, a 26% increase compared to 2013, according to Sugary Drinks FACTS 2020, a new report from the Rudd Center for Food Policy & Obesity at the University of Connecticut. The report documents continued extensive targeted advertising of sugary drinks by beverage companies directed to Black and Hispanic youth, which contributes to health disparities affecting communities of color—the same communities that have been disproportionately impacted by COVID-19.

The report also found that companies continue to target sugary drink TV ads to Black and Hispanic youth, who have higher rates of sugary drink consumption compared to non-Hispanic White youth. Since obesity and other diet-related diseases disproportionately affect communities of color, targeted advertising of products that contribute to these negative health outcomes is especially problematic. Systemic and institutional barriers to health and opportunity also contribute to poorer health outcomes and persistent health disparities for these communities.

Researchers used Nielsen data to identify brands in the soda, sports drink, energy drink, iced tea, fruit drink, and flavored water categories that spent at least $100,000 in advertising and that contained added sugar—excluding children's drinks previously examined in Children's Drink FACTS 2019 —and reported on diet soda and diet drinks in the same categories for comparison. Researchers collected data on the nutrition quality and advertising of sugary drinks and energy drinks by category, company, and brand, while also identifying categories, brands, and companies with TV advertising targeted to teens, Hispanic youth, and/or Black youth.

"Beverage companies have promised to take action to reduce the amount of beverage calories people consume, but at the same time they dramatically increased advertising for their full-calorie sugary drinks," said Fran Fleming-Milici, Ph.D., a co-author and director of marketing initiatives at the Rudd Center. "It's well past time for the industry to stop putting profits ahead of our kids' health and put their advertising dollars behind products that contribute to good health rather than undermine it."

The report authors include the following recommendations: