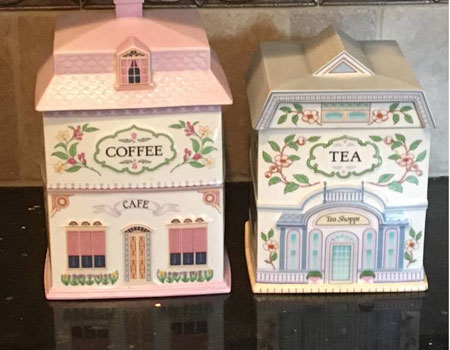 “Drink no liquid that isn’t at least a thousand years old (wine, water, coffee). Eat nothing invented by humans,” opines the polymath and philosopher Nicholas Taleb.The idea is that if a beverage has been around for many years, it is likely healthy and will be drunk for another thousand years. On the other hand, something that was recently produced has not withstood the test of time, both in terms of its sustainability and its health effects.How good is this advice? In a face off between ancient drinks and modern concoctions, who is the winner in terms of heart health?

Proceeding chronologically, water is the oldest drink on the list, having been around since the dawn of time. Water, of course is necessary for life and has no risk. Water is clearly in the healthy column. The next beverage was drunk from gold chalices in ancient Greece and Rome and had deities named for it. Wine has been around for about 8000 years. Wine has complex interactions on health and on the heart, with both beneficial and detrimental effects. A full and complete discussion would be very lengthy, so let’s table the wine for now and put it a neutral category. Tea drinking began in China in the 3rdcentury BC, making tea service available for about 2300 years. Tea, especially green tea, is known to have favorable bioactive substances such as flavonoids, which help with heart function, decrease inflammation, reduce hypertension and lower cholesterol. Studies on tea consumption and heart disease from around the world point to a lower risk of heart disease and death in tea drinkers.In a study of 100,000 people from China, habitual tea drinkers (defined as 3 or more cups of tea per week) had fewer heart attacks, strokes and deaths compared to non-tea drinkers.The authors conclude that habitual tea drinkers might develop heart artery disease 1.4 years later or die 1.3 years later than non-tea drinkers. Tea seems to be solidly in the healthy drink category. Coffee was first roasted and brewed, in a manner similar to how it is prepared today, in Arabia in the 15th century.Coffee, therefore, is about 500 years old making it the newcomer in this group. Coffee is one of the most popular beverages worldwide. In the US, about 85% of adults drink coffee daily, averaging 1.5 standard cups per day.Coffee also has substances which may be beneficial for health as well as increasing exercise performance, mental alertness and concentration. On the other hand, coffee and caffeine are thought to increase the risk for arrhythmias (irregular heart rhythms).Which is it, is coffee good or bad? Despite the perception, coffee and the low dose of caffeine in coffee does not increase the risk for arrhythmias including atrial fibrillation (an irregular rhythm from the upper chambers of the heart) in people with no history of heart rhythm disease.In fact, coffee consumption of up to 5 cups per day actually lowered the risk for arrhythmias.However, in patients with arrhythmias, coffee has triggered events. Therefore, if you have a history of arrhythmia, it is important to listen to your body and discuss potential triggers with your doctor.Does coffee increase the risk for cardiovascular disease?A recent study showed that drinking 3 or more cups of coffee per day actually reduced the risk for plaque (blockage) in the heart arteries (based on CT scan).Multiple studies have shown that moderate (3 to 5 cups per day) coffee consumption is associated with lower risk for heart attack, strokeand cardiovascular death. So, with the caveats noted above, coffee seems to be a healthy drink.

Cola was invented by an Atlanta pharmacist in 1886. In the ensuing 130 years there has been an explosion of manufactured beverages including soft drinks, sweetened bottled water and fruit drinks.These sugar-sweetened drinks are popular with half of the US population consuming one of these drinks on a daily basis. These soft drinks contain a sugar called fructose which is metabolized in the liver, leading to fatty liver disease, obesity and diabetes. In fact consuming one or more sugar-sweetened beverage per day was linked to a higher risk for diabetes, heart attack and stroke.Clearly soft drinks must be placed in the unhealthy category.Another new category of beverages is sports and energy drinks.It has been reported that 33% of teens and young adults drink these beverages. The drinks are used to improve performance in school and sports and help with concentration and hydration.There have been huge marketing campaigns touting these beverages and claiming improved hydration compared to water. However, these drinks contain high amounts of sodium, sugar and caffeine which are potentially harmful.Energy and sports drinks have been associated with high blood pressure, obesity, liver disease and increased emergency room visits. While low levels of caffeine in tea and coffee are safe, energy drinks contain much higher doses of caffeine. For example, a cup of green tea contains 35 mg of caffeine while an energy drink can have 160-500 mg. This higher concentration of caffeine is associated with arrhythmias. Young patients without underlying heart disease present with significant arrhythmias shortly after consuming these drinks. In addition, energy drinks may promote blood clotting, which can lead to heart attacks and strokes. Clearly energy and sports drinks are in the unhealthy category as well.

It’s time for the final summary and totals. The ancient grog group, including water, wine, tea and coffee, has three drinks that are healthy and one that is neutral.Moderate consumption of these beverages can be part of a healthy lifestyle.On the other hand the recent refreshments all are detrimental to health. So it seems the philosophy is sound; try to drink mostly those old, tried and true beverages.

Bridgewater resident Steve Georgeson is a cardiologist who works for Medicor Cardiology. Here, he writes about topics and events pertaining to cardiology

The opinions expressed herein are the writer's alone, and do not reflect the opinions of TAPinto.net or anyone who works for TAPinto.net. TAPinto.net is not responsible for the accuracy of any of the information supplied by the writer.