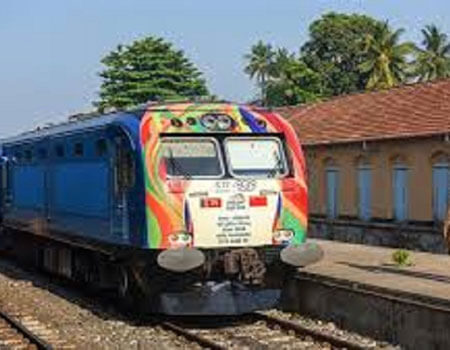 China on Tuesday said it has funded and built the first new rail line in post-independent Sri Lanka, adding that the Belt and Road Initiative (BRI) project will boost regional economic development.

Inaugurated on Monday, the 26.75-km railway extension connecting Matara and Beliatta in southern Sri Lanka was constructed by the China Railway Group 5 (CR5) and financed by the Export-Import (Exim) Bank of China.

Trains on the track could run at 120 km per hour, the fastest in the country.

New Delhi will be closely following the developments as Beijing rapidly expands its footprints on the island.

In late March, China agreed to provide a loan of $ 989 million to Colombo for a highway that will connect Sri Lanka’s tea-growing central region to the China-run Hambantota port on the southern coast.

The Exim Bank agreed to provide a loan covering 85 per cent of the contract price for Central Expressway Project – Section 1, whose total cost is US$1.16 billion, reports Hindustan Times.