Changing of the times 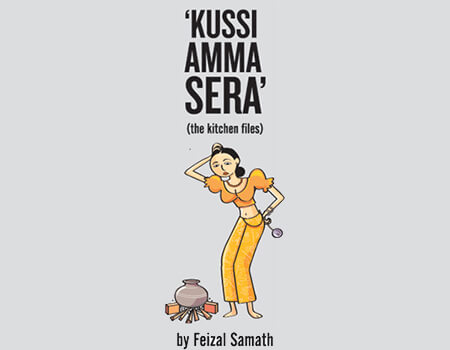 It was a glorious Thursday morning with another column waiting to be written. So what is the topic?

Earlier in the morning, I was woken up to a telephone call and the tuneful melody of Aldoris, the choon- paan karaya’s tuk-tuk accompanied by barking from the neighbourhood dogs, keen to follow the vehicle along the road.

“Hello… hello, how are you,” I told Karapincha Perera, the tea-kade gossip, the early morning caller. “Fine, fine, I hope I didn’t wake you up,” he said. It was just late last month that I had met Karapincha at the tea kade and had a chat over a cup of plain tea with jaggery.

“Why this morning call? Anything interesting,” I asked Karapincha. “Well I have been following the drama in the plantations over the past few months and there seems to be many issues,” he said, adding: “There doesn’t seem to be a resolution of the wage hike issue.”

This seemed a good topic to discuss (and write about) and even though I had broached this subject in a February 14, 2021 column titled ‘Plantations on fire’, it was still an issue that merited revisiting and deserved some attention once again.

There I had written: “While regional plantation companies (RPCs) have been losing money in recent times, the new wage structure would add another financial blow to their bottom line. As the dispute grows, the traditional tea estate model where workers live on the estates in housing provided by the companies in addition to other benefits like medical and pre-school benefits, is at breaking point and unlikely to last.”

Workers through trade unions are demanding a daily wage of Rs. 1,000 while RPCs say they can afford only Rs. 700 daily. The RPCs claim that the workers are able to earn Rs.1,000 or more per day if they increase productivity.

While there are 250,000 workers in the plantations sector, the industry/RPCs maintain nearly a million people including workers and their families. Many of them are also working in low country estates owned by smallholders where they earn Rs. 1,000 per day and more if they pluck over 40 kg per day. So the question is: If workers are willing to increase productivity, the deal offered by RPCs should be a sweet one as they can earn more than Rs. 1,000 per day, isn’t it? Trade unions, who control workers, don’t think so. Any deal where there is a revenue-sharing model in which workers get a basic wage plus a small plot of land where they can grow tea and sell it back to the estate, will benefit the workers but could make trade unions redundant and irrelevant.

While the wage crisis was not discussed, the need for a unifying force in the tea industry came in strong calls made on Wednesday by industry veterans speaking at the launch of a book titled ‘Wisdom in  the leaf’ presented by the MJF-Dilmah-led History of Tea project to mark 150 years of the industry.

Anselm Perera, a former Chairman of the Colombo Tea Traders’ Association and founder/Managing Director of Mlesna Tea, urged the industry to bind together to meet the challenges of the next 150 years of tea. “We operate in isolation – producers, traders, exporters and brokers and we only look for benefits per sector, whereas if we work together we remain strong and can make a combined effort to bring back this industry to its earlier glory,” he said. Pointing out that the quality of tea has sharply dropped, he said travelling to the tea estates one feels the strong aroma of tea which, however, now that is not there anymore. During the Uva and Dimbulla tea seasons, one could feel the strong aroma of tea when visiting the tasting rooms in Colombo; but not anymore because quality has been thrown out of the window in favour of producing quantity compromising quality.

Another tea veteran, Rohan Fernando, Director of Plantations at Aitken Spence, called for unity amongst producers, traders, exporters and brokers and to speak with one voice to raise the issues in the industry.

While there is a dispute between plantation companies and trade unions/workers over a change in the current model which has been unchanged over the past 150 years, the government is also not doing justice to the industry. When the trade unions complained to state authorities, their response was if the plantation companies can’t run the estates the government will hand them over to companies and foreign investors who are interested. It was also rumoured that the controversial Adani Group in India, immersed initially in the East Container Terminal deal and now offered the West Container Terminal at the Colombo Port, may be invited to take over some companies, a claim which has not been confirmed.

As I was busy on the computer, my attention was drawn for a moment to the now-regular conversation under the margosa tree. “Minissu kiyanawa, den dolaraya rupiyal desiyata wedi hinda, aahara mila thavath wediwei kiyala (People are saying that now that the dollar is over Rs. 200, the price of food will rise further),” said Kussi Amma Sera. “Eh mokada. Mokakda dolaraya saha jeevana viyadama athara thiyena sambandakama (Why is that? What has the dollar got to do with the cost of living),” asked Serapina. “Eh api godak deval, kiri-piti, seeni saha parippu pita-ratin gena hinda. Evata api gevanne pita rata salli walin. Ethakota dolaraya wedi wunama, eka badu milata balapanawa (That’s because we import a lot of food like milk powder, sugar and dhal. That is purchased with foreign currency and every time this currency goes up it affects the price of goods),” explained Mabel Rasthiyadu. A galloping dollar is good news for exporters like tea for instance but bad news for importers.

Back to today’s discussion, apparently some estates have introduced the new model where workers are given work on the estate in addition to providing them land to grow tea in a buy-back arrangement and it’s working. Some are earning in excess of Rs. 60-70,000 per month compared to little over Rs. 30,000 under the daily wage model, according to some estate managers.

Here is a suggestion: Why not implement this new model – with the consent of workers, trade unions and the management – for about a year and then review its progress? If it’s successful, then I don’t think trade unions will stand in the way of the workers’ progress. If unsuccessful, they could revert to the daily wage model.

Mlesna’s Perera also recalled how Ceylon Tea during the days of the British Raj had a big banner at the Colombo Harbour (at a time when most visitors to the island came by ship) saying ‘Home of Ceylon Tea’.

So as I sip tea for the second time this morning brought by Kussi Amma Sera – this time – without any comment, here’s another suggestion to bring back the glory of Ceylon Tea: Provide a complimentary hot cup of tea to every foreign visitor arriving at the airport (and also on departure) not only to refresh themselves but while they spend time at the airport to complete the COVID-19 formalities. It’s a nice way to promote Sri Lanka’s world class beverage and give a boost to a tea-drinking culture.