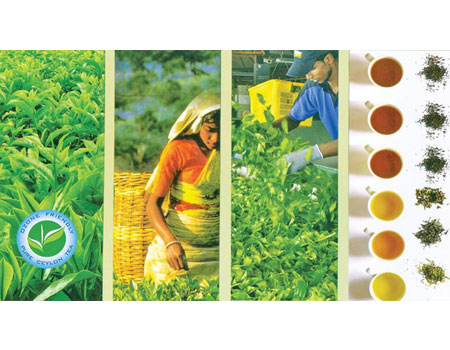 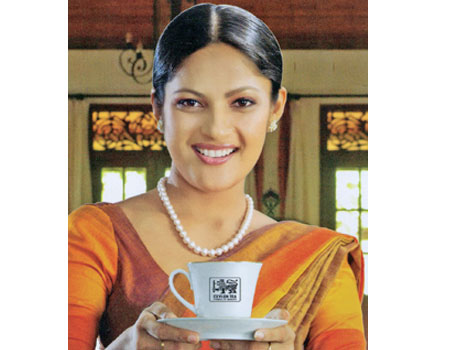 The much anticipated and long overdue tea re-planting campaign is set to belatedly commence with the supply of 15 million quality nursery plants to smallholders covering an area of 1,000 Ha at a cost of Rs. 300 million according to a top official of the Ministry of Plantation Industries.

“This has been long overdue and it is high time that we get down to re-planting if we are to sustain the 150-year old lucrative industry that supported the economy for decades,” Plantations Industry Minister Navin Dissanayake said.

Industry standards stipulate that at least two percent of the crop must be replanted to gain a good yield. However, it has been, on average, only around 1.2 percent of the plantation that has been subjected to replanting in Sri Lanka which according to industry experts is totally inadequate to boost yield.

Ministry officials referring to Kenya (which has a higher production of tea) said Sri Lanka should emulate Kenya for the growth it has achieved in the global tea market.

However, according to plantation industry experts Kenya has over 15 top soil layers and it has gone into cultivation of virgin lands which enables the country to boost production. On the contrary Sri Lanka’s top soil layer has been ruined over the years by weeding and crop improvement, and as a result the yield today has dropped drastically. Besides experts noted that a lease hold of 50 years granted to Regional Plantation Companies (RPCs) is not an incentive to RPCs to boost yield (through measures such as re-planting).

“The leasehold period must be increased if the plantation companies are to gain from re-planting which would take over 20 years to provide a return on investment,” a senior planter said.

Responding to the concern minister Dissanayake said that if it is required to increase the leasehold, that could be considered, so as to support the industry.

The minister also minced no words when he said that stern action would be taken on those who adulterate tea and thereby tarnish the image of the ‘Ceylon Tea’ brand that has kept the industry in good stead for so many years.

“We have increased the number of fines and detections to nab culprits and any move to adulterate tea with other substances such as sugar will result in the suspension of operations of that factory for three months. If the factory continues to indulge in such activities its license will be cancelled,” the Minister said.

The Plantation Ministry with the Sri Lanka Tea Board (SLTB) has suspended the operations of 15 factories which had contaminated tea with sugar.

“The media may have been hearing many stories of Ceylon Tea getting adulterated with sugar syrup, molasses etc during the past few years. The Sri Lanka Tea Board has put an end to this menace by fixing base lines for Glucose, Sucrose and Fructose with the help of the Tea Research Institute. Tea Inspectors are undertaking regular checks at the factory level and any errant manufacturers are taken to task,” SLTB Chairman Lucille Wijewardena said.

The SLTB officials noted that unlike in the past today adulteration of tea could be scientifically proved with the introduction of the Baseline Figure.

“I will not give into any political influence in dealing with contamination,” the minister warned.

The SLTB also announced the much awaited global tea promotion campaign, which is scheduled to take off in September in Russia.

“We will launch the first stage of the 12-country campaign starting in Russia,” the SLTB chief said.

The tea promotion campaign to create awareness of Ceylon Tea among important tea markets is due to take off from Moscow, a major market for Ceylon Tea, in September which would be followed by the advertising and publicity campaign scheduled in Ukraine in October. Thereafter, campaigns will be launched in two vital Far Eastern Countries, namely Japan and China. Other target markets within the campaign are USA, Australia, Turkey, Saudi Arabia, UAE, Iran, Chile and Germany.

The ministry has allocated Rs. 5.5 billion (USD 30 million) as the budget for the campaign. The allocation for the campaign in Russia and Ukraine is Rs. 800 million which is scheduled to run up to 2021.

The SLTB has a launched a media campaign in Sri Lanka focusing on green leaf suppliers to ensure ‘two leaves and a bud’, quality raw material is supplied to tea factories to ensure a superior quality end product is supplied to overseas customers to coincide with the global campaign for better results. A sum of Rs. 20 million has been allocated for the local campaign for a period of four months to educate tea smallholders.

Trading with Iran has been a cumbersome task for us and other economically less developed countries, ,due to the US imposed sanctions. The Ministry of plantation Industries, the SLTB and Ceylon Petroleum Corporation (CPC) are set to commence negotiations with Iran to look at possibilities of a barter system where Ceylon Tea could be supplied to settle a long outstanding debt of USD 250 million to Iran. “If the proposal is successful, a two year’s requirement of Ceylon Tea can be exported to Iran with the pending dues,” Minister Dissanayake said.

Exports of tea to Iran, a major market for Ceylon Tea have faced many hurdles due to the trade sanction imposed by USA.

The tightening of economic sanctions against Iran by the USA has had a tremendous negative effect on the Colombo Tea Auction prices. Since tea is a food item which has received clearance for trading under humanitarian grounds by the UN/USA, the problem for Sri Lanka was the non-availability of a banking system in Iran which is currently black-listed due to US sanctions.

On the issue with tea exports to Japan which were adversely affected due to the residue level in tea in 2017 and 2018 ,the minister said the lifting of the ban on the use of Glyphosate and the banning of MCPA have helped solve the issue to a great extent.

“The Tea Research Institute (TRI) has completed field trial data on MCPA and negotiations with Japanese authorities to increase the level of MRL has begun. We hope within two to three weeks the issue will be solved and Japan would resume importing tea from Sri Lanka,” the minister said.

According to the SLTea Board, tea export revenue this year would surpass last year’s figure of US$ 1.43 billion.

However, tea prices at auction took a dip during the past weeks.

It is normal for the Colombo tea prices to be under pressure during the peak summer period for most of the overseas buyer destinations,” the minister said, adding that the green leaf suppliers were paid on an average Rs. 85- per kilo.

“With the winter buying expected by around September, prices will pick up,” the minister said.