Can I Have Ceylon Tea During Pregnancy?

If there is one beverage that has a wide acceptance in most parts of the world, then it has to be tea. First discovered in China eons ago, the most basic recipe of tea includes boiling of certain leaves known as tea leaves, which coincidentally happens to be the way it was discovered in the first place. Today, tea is one of the cheapest and readily available beverages, consumed by millions of people in different forms. 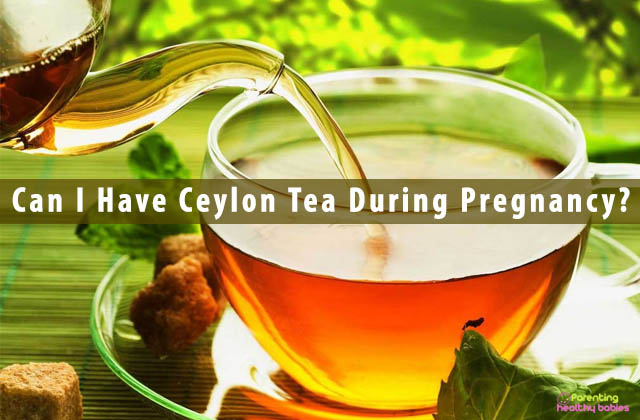 As with other foods and cuisines, tea, over the years, has undergone tremendous changes. There are countless variations of both hot and iced teas available across the world. In fact, the culinary world has seen the invention of numerous drinks which just have tea as a base, while other flavours and ingredients are added to it, thus transforming them into completely different beverages altogether. Today, you can go to any random cafe and find an array of options, when it comes to tea. One such option is Ceylon tea.

So what exactly is Ceylon tea?

Ceylon (pronounced as say-lawn) tea is a tea from Sri Lanka, a nation which was formerly known as "Ceylon." although some Sri Lankan producers are branching out in their offerings to include green tea and other tea types, most Ceylon teas are black teas. Ceylon leaves are often described as "wiry." this is because they are left long and thin with a wire-like look. In the world of tea, these leaves are very easy to recognize. It is a popular type of black tea that is also known as Sri Lankan tea. Served as an iced tea or nice and warm, it is a favorite beverage for many tea drinkers. While Ceylon is known for its bold flavor, you might be surprised to know that it can vary greatly in taste, depending on where it's grown in the country.

Ceylon teas are the most popular base for iced teas in the world. They also make one of the most pleasant hot teas you will find. In addition, enjoy ceylon tea as a milk tea to mellow the flavor and reduce any bitterness. Also, instead of milk, try ceylon with a hint of lemon, particularly when served cold.

Sugar or honey can be used as a mild sweetener. Ceylon tea is an excellent choice for any drink recipe that calls for a generic 'black tea.' the thai iced tea is a perfect example of this.

The health benefits of ceylon green and white tea are their strong anti-viral and anti-bacterial qualities. They are quite similar in composition and have been shown to also help with weight loss by speeding up the metabolism through the antioxidants it contains. They also have anti-inflammatory qualities which help with arthritis by reducing the risk of it developing or slowing it down. Ceylon white tea in particular has shown to be successful in helping skin look younger and firmer, thus fighting the signs of ageing such as sagging skin and wrinkles, by slowing the loss of collagen.

Ceylon black is an excellent defense against cancer, as it contains theaflavins and thearubigins, which are powerful antioxidants that help to fight free radicals that can damage dna, and may cause cancer in the body. They have also been shown to lower the risks of heart disease and reduce the size of tumors. By drinking ceylon tea, chances of catching influenza drastically reduce and it may also increase alpha-wave activity in your brain, allowing you to remain more alert.

Is it safe for pregnant women?

Pregnant women typically get a long list of foods and activities to prevent, which can be overwhelming and complicated. Black tea is the most extremely caffeinated of the teas prepared from the leaves of the tea plant. Although there is some debate relating to the safety of caffeine during pregnancy, tea, even caffeinated ceylon black tea appears to be safe during pregnancy, as long as it is consumed in moderation. Black teas are likewise rich in anti-oxidants, which can help reduce the effects of the damage from harmful particles called reactive oxygen types or complimentary radicals.

If you are really addicted to tea, maybe you could try decaffeinated options. Decaffeinated ceylon tea in moderation won’t harm your foetus in any way. However, it is important to note that staying away from caffeine in any form during pregnancy is the healthiest thing for both you and your baby.

To conclude, the answer to this question is that in moderation, ceylon tea is safe for women with little or no major health issues.