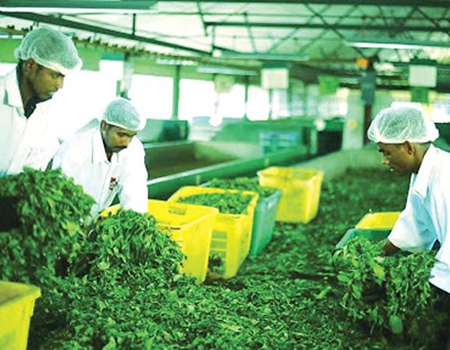 Hora (thief) is a well-established nickname for certain entrepreneurs in our society. Although a handful of businessmen may fit into the category, nobody seems to appreciate the wider majority who are tirelessly fueling the growth of the economy.

Respecting the role played by the private sector is the first step in reshaping our society.

The biggest culprits who kill the entrepreneur mindset are certain frustrated employees in the State sector who are paid by the taxpayers, waiting impatiently to place a spanner in the system. What we expect from the State is a fast change in the system so that it will surface these antisocial elements that are injurious to the health of the economy.

However, every businessman must be recognised and appreciated for creating employment and looking after their employees from recruitment to retirement. It is about time that the social perception of businessmen in Sri Lanka is changed through a planned intervention.

Therefore,it is important to know the untold miseries that these businessmen undergo, especially in a country such as Sri Lanka where employment is not valued scientifically. More often the output of certain grades of the employees in organisations are not measured and rewarded according to their output. For that, we are still short of a well-developed national wage policy.

The ongoing wage negotiation of the plantations industry is a fitting example of what is elaborated above. While there are excellent players in the industry we have failed collectively to undertake a systematic job evaluation of all jobs although collective agreements are signed repeatedly for over a decade.

A job evaluation is a systematic way of determining the value of a job concerning other jobs in an organisation. It tries to make a systematic comparison between jobs to assess their relative worth to establish a rational pay structure.

Employees must perceive their employer as fair, equitable, and the provider of equal opportunities for employees. The process for determining pay and promotional opportunities should be transparent for employees to see and understand their purpose of commitment to achieve the goals of the organisation. The demotivation that sets in due to lack of transparencies can be the slow and silent killer of the industry.

Since tea is an international commodity, we must control the manufacturing cost and the average selling price to obtain a decent profit margin. Although this is the desired behaviour, how it works is dangerously different. History and common sense could be good teachers to solve issues.

National production of tea is on the decline. Almost 30% of the total number of tea factories have closed down due to non-availability of sufficient quantities of green leaf. Even the level of the quality of available green leaf can be understood when compared with the unacceptable percentage of the actual stalk-like component discarded as refuse tea. The fact that this stalk-like component can be used to make a good solution of Polyphenols that we drink as a tea, has been pointed out repeatedly. The hidden demand for this category, although called “Refuse Tea” can be understood by studying its value chain. The obvious solution is the authorisation to sell it as a product in the open market.

The smallholder sector has beaten the Regional Plantations sector. This should have been the other way about in reality as the RPC sector has direct access to quality input such as fertiliser, advisory and R & D. Leaving it with the reader to determine who the actual culprit is in this scenario. We as a nation must support tea factory owners to ensure their sustainable growth hence thwarting another possibility of a loss of jobs to many in the industry. We got to be extra quick to help them considering the threat of the global pandemic.

It is a known fact that the payment is made to green leaf suppliers well before it is manufactured and sold. This is becoming highly dangerous in the wake of price fluctuations in the world market. The tea factory owners must be given a minimum of eight weeks to manufacture the accepted leaf and sell it so that they can pay the leaf suppliers.

Sadly, the current timing of payment to bought leaf suppliers has been a political decision based on the undiscovered fear of losing votes. This single wrong method of paying the green leaf suppliers alone has contributed to many fraudulent practices. Knowing well that you cannot make an omelet without breaking an egg, the Sri Lanka Tea Board must take corrective measures quickly. The President will have to seek expert opinion otherwise it will be too late.

Most factories are now closed. Process efficiencies are ignored and additives seem preferred choice which is a public secret. Sri Lanka should capitalise on hand plucking / selective plucking and the law must be amended enabling the factory owners to invest on product improvements instead of continuing with making a commodity as we did from the days of James Taylor.

The industry will become sustainable only when a kilogram of made tea fetches around 10-15 USD. To make it happen we must make products out of tea. Like in the case of cinnamon the Genetic Resources Centre and all universities with the faculties of food sciences must be requested for assistance in R & D.

Herbal tea such as ayurvedic tea also seems a preferred option but with right testing, certification (FDA) and labelling. The tea factories (both open and closed) must be transformed as tea product development and export of value-added tea centres with printing, packaging, and marketing facilities included.

is about time that highly paid jobs are decentralised to remote but very healthy locations such as plantations. We are extremely happy that the Sri Lanka Tea Board is moving ahead with the large scale tea infilling program and we will be happier if the Regional Tea Inspectors are adequately rewarded for increasing productivity through the program based on actual extents determined through authentic survey plans.

Tea factory owners who process 300 mn kgs of tea per year and still occupy the position of fourth largest exporters of tea in the world deserve eight weeks to settle the leaf supplier.

The decisions taken based on politics are always short-lived. There is nothing called refuse tea and BM Fannings must be allowed to be sold openly or to make a product out of it.

A synergetic effort with the help of institutions such as the genetic resource centre and all universities that have faculties of food sciences must be employed in developing high-value products out of tea.

The private sector must be recognised and respected rather than allowing certain disgruntled political ideologies and antisocial elements to generalise and humiliate them.

We are calling for help at a time when almost 30% of our tea factories are closed and national production is 70 mn kgs below compared with the production in 2013. What is sustainable is to treat the root causes and not treating the symptoms for the fear of losing votes.