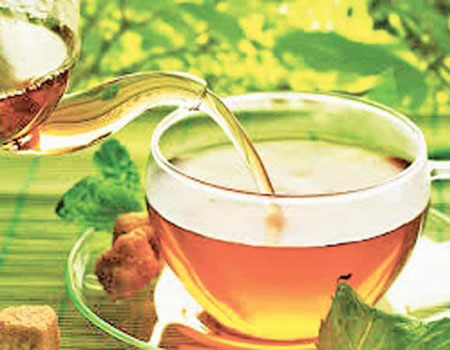 The Cabinet nod has been given for the tea industry to go ahead with the barter deal with Iran, enabling the Ceylon Petroleum Corporation (CPC) to settle an outstanding payment to Iran through the export of Ceylon Tea, Minister of Highways Road Development and Petroleum Resources Development Kabir Hashim told the media last week.

The CPC has an outstanding payment of US$ 250 million on imports of oil before the US sanction in 2012 which the Petroleum Corporation could not pay due to the high price of oil at that time. The payment arrangement with Iran will be an internal rupee payment equivalent to US$ 5 million per month from the CPC to tea exporters through the Sri Lanka Tea Board.

According to the Plantation Industries Ministry, tea exports to Iran under the new payment arrangement is expected to resume in the next two months.

“All discussions with regard to the Barter system have been completed and we hope to commence tea exports to the value of US$ 5 million per month to Iran within the next couple of months,” Minister of Plantation Industries Navin Dissanayake said. Sri Lanka’s tea exports to Iran suffered a major setback since the imposition of sanctions by the US resulting in the country slipping to the fifth from being the second largest exporter of Ceylon Tea in 2016. According to the SLTB Sri Lanka’s tea exports to Iran declined to around 27,418 million kilograms in 2017 and 23, 914 million kgs in 2018. However, the volume of exports to Iran during the first quarter this year increased marginally to 7,077 million kilograms from 7,014 million kgs exported during the corresponding period last year.

“Iran has always been one of the most important tea markets for Sri Lanka. During the past 10 to 15 years Iran has been among the top three importers of Ceylon Tea,” Minister Dissanayake said.

The economic sanctions by the US and the United Nations has negatively impacted tea exports consisting of around 90 percent of the total exports to the Middle Eastern country.

India which has a barter agreement with Iran to supply food and services against the purchase of crude oil has utilized the arrangement to its benefit resulting in its market share of tea exports to Iran increasing in the recent years. We are pleased with the agreement that we reached with Iran to continue tea exports. Iran has always been a close friend of Sri Lanka and has been extremely tolerant with regard to the money we owe it without adding a single cent as interest and neither has the US objected to the payment arrangement,” minister Hashim said.

According to Minister Dissanayake the current exchange rate will be applied to determine prices of tea at the auction.

“There will be an Iranian team expected shortly to fine tune the arrangement,” minister Dissanayake said.

The SLTB will go ahead with the tea replanting program aimed at planting 1,000 hectares of tea commencing this year.

“The tea replanting fund will be Rs. 450 million that will come from the proposed Rs. 150 levy per kg that will be contributed by the entire tea value chain,” SLTB Chairman Lucille Wijewardene said.

However, tea exporters have been up at arms over the move to split the tea promotion levy to carryout tea replanting.

The SLTB hopes to commence re-planting with the onset of the north-east monsoon.

The long overdue tea replanting program had been confined to rhetoric with no concrete measures to get the program off the ground resulting in low yield across many of the estates.