British cuppa ‘could be under threat from climate change’, new report warns 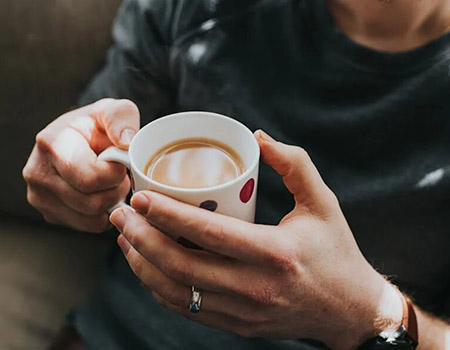 The great British cuppa could be at risk from climate change, as rising temperatures threaten crops in the biggest tea-growing countries, a report from Christian Aid has warned.

In tea-growing countries such as Kenya and Ceylon, tea growers fear for their livelihoods, as climate change will cut optimal conditions for tea production in Kenya by 26% by 2050.

In areas such as Assam and Darjeeling, climate change could lead to increased rainfall, leading to inferior-tasting tea, the report warned.

The researchers wrote: "Tea is the most consumed drink in the world after water and it’s the most popular hot beverage in the UK with three-quarters of the population drinking at least one cup a day.

“However climate change is threatening the future of the British cuppa.

“Rising temperatures, drought, erratic rainfall and flash floods are taking their toll on the key tea growing regions of the world, damaging the delicate leaves that go into our teabags and ruining the livelihoods of the people who grow and pick those leaves.”

In Kenya, tea growing areas are under threat from volatile temperatures and increased rainfall, the researchers warned.

A survey of 700 farmers in seven of Kenya’s tea-growing regions by the UN’s Food and Agriculture Agency found that 43% of the farmers had noticed changes in rainy and dry seasons, which impacted planting season.

Areas with only average growing conditions will see production fall by 39% by mid-century.

Big British tea brands and the Fairtrade Foundation have also raised concerns about the impact climate change is having on tea growers and the future of production.

“As host of both the G7 in June and the COP26 climate summit in November, the UK can ensure that countries on the front line of this crisis can adapt and respond to the impacts of climate change.