Brewing the perfect cup of tea 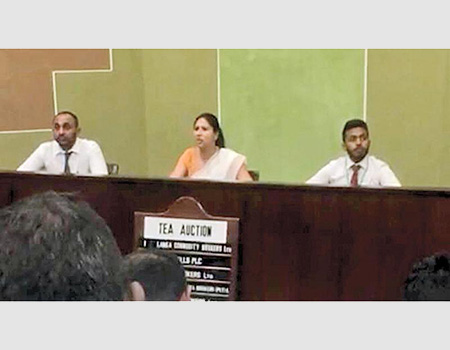 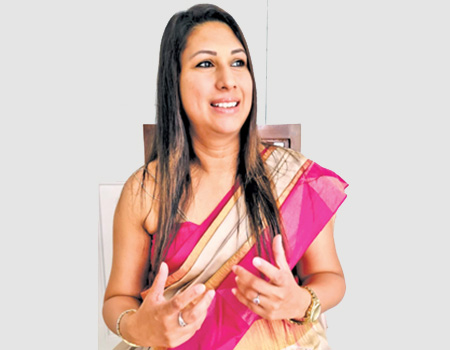 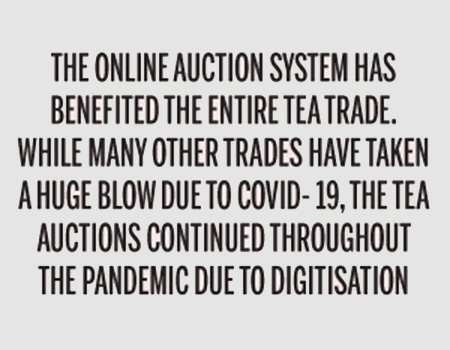 To the layman ear, the tea auctioneers’ words are almost completely unintelligible. Words pour out at a mindboggling speed as the gravel cracks to make sales.

While the rap is going on, the auctioneer has to have the unwavering attention of the bidders and write down the sale for each lot of tea in the catalogue that’s up for sale.

While doing so, it becomes a tedious task for the auctioneer to catch a breath, let alone take a pause to get a sip of water while the incredibly fast-paced auction is ongoing. Their unwavering concentration has to be on the auction alone, leaving no room for mistakes in the million dollar transactions.

Auctioneers are one of the key links in the chain of Sri Lanka’s tea trade, linking plantations and buyers, and have been so for the Past 138 years since tea auctions began in July 1883.

Since its humble beginnings with only one lot of tea selling for cents 45 a pound and four other lots unable to be sold, the Colombo tea auctions have come a long way to become the world’s second largest tea trading center next to Mombasa, Kenya. Colombo tea auctions handle an average of 6,000 to 7,000 metric tons of tea on a weekly basis.

Sri Lanka manufactures about 300,000 metric tons of tea annually, and exports 90 percent of them through buyers at the Colombo tea auctions that so far functioned on the traditional outcry system. However, this is a dying art, or rather, already dead, as the Covid-19 pandemic resulted in the auction being transitioned to the e-platform from April 2020.

Auctioneers have thus become the unsung heroes of the trade and Kushani Daluwatte has certainly made a significant mark in tea auction history, being the longest serving woman auctioneer selling the largest and fastest catalogue at the auctions held atthe Ceylon Chamber of Commerce.

This too while being the only woman in a room full of men.Tea trade is certainly her cup of tea as she now serves as the Chief Operating Officer/Executive Director at Mercantile Produce Brokers after over 16 years at John Keells PLC where she started in this challenging role. She is the only woman to come this far as a tea broker and second female tea auctioneer in Sri Lanka.

Sitting high at the elevated podium and addressing over 100 – 200 male bidders in the hall, Daluwatte shoulders partly the responsibility of bringing in large revenues to the country through one of Sri Lanka’s three main crops.

Selling tea is no tea party for she speaks at an incredible pace selling five lots per minute, nonstop for about an hour or two.

“It was very challenging for me to take up this job because the tea trade is male dominated. Initially, it was difficult to convince male colleagues that I was a part of their team. Subsequently, for the clients – tea producers and tea exporters/buyers, to accept that this job could be handled by a woman, took a bit of time.

Certainly, men thought that this woman is too forward to compete and challenge men. However, with time, the trade accepted that women could also do this job,” said Daluwatte.

At present, there are two other female tea brokers and a few female tea exporters. Those of the caliber of Daluwatte certainly paves way for more to join this fierce, male dominated trade.

Daluwatte joined John Keells PLC at the tender age of 19, fresh out of school –Visakha Vidyalaya, Colombo. As a very young auctioneer, the challenge had been immense and extremely daunting, especially when she was the only woman at her department. She had to undergo severe training to sit at the elevated seat and her family had been one of the first ‘pretend bidders’ at mock auctions she held at home in front of the mirror.

She started with the smallest catalogues and proved herself in just a few months by getting the best prices in most weeks. She has sold varied catalogues up to the largest.

“I entered the tea trade because of my uncle who was the then the Janatha Estates Development Board and Sri Lanka State Plantations Corporation Chairman. Within the first five years of my career, I was promoted as Assistant Manager and later Manager while overtaking many senior members in the organisation,” Daluwatte added.

I had a lot of foreign exposure in representing my country in squash. I believe my sporting background and the opportunities I received at school helped me to become a strong, motivated and ambitious woman that I am today,” Daluwatte added.

Apart from sports, Daluwatte hails from a family of great servicemen and sportsmen in the country with her father being the late Brigadier Pinsiri Daluwatte and uncle being former Army Commander General late Rohana Daluwatte.

As such, leadership is in her blood and navigating successfully in minefields is second nature. Coupled with paternally gifted strengths, her mother had been a pillar of strength in her success, especially after her father’s demise. Her husband who is also in the tea trade understands the demands of the job and provides all support for Daluwatte to be a career woman who also has the responsibility of looking after their two children.

With the Colombo tea auctions transitioning to the digital platform, auctioneers like Daluwatte can breathe that long-awaited sigh of relief they hardly took in the fast-paced auction room. The traditional outcry system is completely replaced and Daluwatte said she partly misses its competitive format and the interpersonal relations.

“Tea trade needs to adapt to changes with the new technology. Marketing and auctioning strategies have to change with the evolving technology. The online auction system has benefited the entire tea trade. While many other trades have taken a huge blow due to Covid-19, the tea auctions continued throughout the pandemic due to digitisation,” she said.

However, Daluwatte added that the outcry auction system kept the entire trade bonded as it was a weekly meeting place for all stakeholders. “The personal touch has lessened. Therefore, personal relationships should continue and be maintained so that the next generation would also know the stakeholders’ responsibilities and learn the values of the trade,” she said.

As women like Daluwatte break glass ceilings, her advice to women thinking less of themselves is: “working late hours and working with men should not be an excuse if women want to be successful in careers. Women should believe in themselves. If a woman is able to carry a baby for ten months, bear labour pains and still move on with life, women can certainly take up any challenge.”

With the Colombo tea auctions moving to the digital platform, more doors are opening in the tea trade with easier access and more security. It, however, marks the end of a great tradition in auctioneering; certainly a fond memory to revel with a freshly brewed cup of tea, of the days that men and women took equal position at the podium to take Sri Lanka’s renowned taste further to the corners of the world.