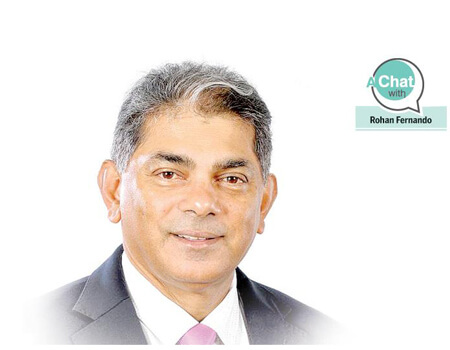 There is a strong need to upscale tea production capacity to meet global demand and reach a wider market as production in Sri Lanka is not sufficient at present to cater to the growing market segment, Chairman Heladiv Group of Companies, Past Chairman, Tea Exporters Association and Past President, National Chamber of Exporters, Rohan Fernando said.

The Government should set up an IMPEX Bank or a system to encourage exporters and also a special support scheme to build global brands as brand marketing is key to sustain markets, he said.

Sri Lanka has the potential to build global brands which will pave the way to secure a sizable share of the global consumer market. Tea exports will have to face many challenges which in turn will adversely affect exporters and producers.

Chief among the problems are quality related issues affecting Ceylon Tea and the serious concerns about the pricing of Ceylon Tea. The quantity of Ceylon Tea is the limiting factor as the supply chain is constricted. Due to very high labour costs, the cost of production of Ceylon Tea is the highest in the world. Unless our teas are of exceptional quality our exports will not competitive.

If you look at the global demand the global reach of Sri Lankan teas are not sufficient. There is a two tier approach to address this problem. One is to produce Ceylon Tea of exceptional quality and other is to segregate manufacturing facilities under proper surveillance for multi origin teas.

The positive side of this is that exports out of Sri Lanka can grow exponentially and capture a large portion of the global market which is now estimated at US $ 60 billion for black and green tea as hot beverages. The negative side is to continue with the concept of pure Ceylon Tea that only will compel local exporters to set up operations in more exporter friendly hubs such as in Dubai.

The current business environment for exporters is greatly hampered by the interest regime of the banking sector. If you are competing globally and borrowing locally at high interest rates your competitiveness is vastly reduced. Hence, the Government should seriously look at a supporting scheme that matches the present day requirements to mold tea exporters to meet global demand.

The tea industry must be looked at from a different perspective, as two distinct industries, tea growing/manufacturing and tea marketing, to make use of the many opportunities in world consumer preferences and to meet such demands by producing quality controlled products at profitable and competitive levels.

To this end, the Regional Plantation Companies (RPCs) can be empowered and provided autonomy to diversify into other related fields, such as forestry, animal husbandry, special export crops, eco-tourism and similar spheres to spread the risk of investments and be profitable without subsidies.

Exporters can be encouraged to expand global reach with the liberalisation of import-export within controlled economic zones, lest there be ambiguity on the genuineness of the purpose.

The tea industry was hopeful of going after a bigger target of USD 5 billion in tea exports by 2020 in support of the Government’s ambitious drive to increase total export revenue to USD 20 billion by 2020.

The US $ 5 billion was targeted with the possibility of taking a bigger share of the global consumer market, then estimated around $ 35 billion per annum.

The formation of a strictly controlled import/export hub for value addition and branding to compete on par with major tea brands such as Lipton, Titley, and Twinings and product diversification into tea extracts and derivatives backed by research and development were taken into consideration.

The developed countries are already using tea as an industrial base material for a multitude of high end products in many different consumer segments. Tea is the number one beverage in the world which is natural, affordable and free from any allergies, safe to drink at any age or any stage, even during pregnancy.

The global consumer market for tea and tea based products is estimated to be in the region of $ 100 billion within the next five years. There are several natural products now in vogue as super foods for their inherent health supportive properties. Virgin coconut oil, coconut cream and moringa are products exported from Sri Lanka to meet an increasing demand in the super food category.

Similarly, tea could be transformed into this category for its anti-carcinogenic property of ‘polyphenols’. Kombucha containing probiotics is another tea product on the super food scale. With labeling identifying these properties backed by R&D, tea has the potential to be upgraded as a health supportive consumer product as opposed to the common thirst quencher.

An industry steeped in tradition and which has survived for over 150 years can be resurrected not with handouts, but only with sound business propositions based on the basic principle of market economy of supply and demand charged with innovation on the back of research and development.

With the changing trends in the tea industry Heladiv Teas have embarked on a journey to incorporate a new approach in meeting consumer demand. The core business of the Heladiv Group of Companies is tea exports. The Group is one of the value added brands that has reached the global market place. It exports teas with a wide range of pioneering products manufactured with tea as the base. The number of countries that Heladiv teas is exported to stands at 40. The USA, Japan and Germany are a few of the leading countries to which Heladiv teas are exported.