For the first time researchers have shown people who drink black tea could benefit from weight loss.

A team from the University of California, Los Angeles (UCLA) used mice to see how the drink affected the gut's bacteria. They found the animals that were given black tea had raised levels of a bacteria called Pseudobutyrivibrio, which changed the energy metabolism in the liver. 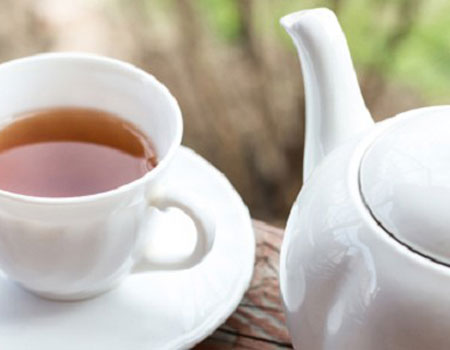 It was already known from previous research that green tea had many health benefits, including weight loss, improved insulin sensitivity reduced risk of type 2 diabetes. This new study shows that black tea can be just as effective but works in a different way.

Both black tea and green tea contain antioxidants called polyphenols, but this is the first time research has shown the benefits of the compound in black tea.

Study lead Susanne Henning, an adjunct professor at the UCLA Center for Human Nutrition, which is part of the David Geffen School of Medicine at UCLA, said: "It was known that green tea polyphenols are more effective and offer more health benefits than black tea polyphenols since green tea chemicals are absorbed into the blood and tissue.

"Our new findings suggest that black tea, through a specific mechanism through the gut microbiome, may also contribute to good health and weight loss in humans.

"The results suggest that both green and black teas are prebiotics, substances that induce the growth of good microorganisms that contribute to a person's well-being."

The findings unveiled the animals' intestinal bacteria ratio was altered, and the mice that had been given the tea had less obesity-associated bacteria in their large intestine and more lean body mass bacteria was discovered.

Dr Zhaoping Li, director of the UCLA Center for Human Nutrition, chief of the UCLA Division of Clinical Nutrition and the study's senior author, said: "For black tea lovers, there may be a new reason to keep drinking it."

The research was published in the European Journal of Nutrition.