Home>Publications & Articles>Articles>Media Articles>Billionaire Sri Lankan tea mogul, 90, behind the Dilmah empire reveals the racist reaction he had when he tried to break into the Australian market

Billionaire Sri Lankan tea mogul, 90, behind the Dilmah empire reveals the racist reaction he had when he tried to break into the Australian market 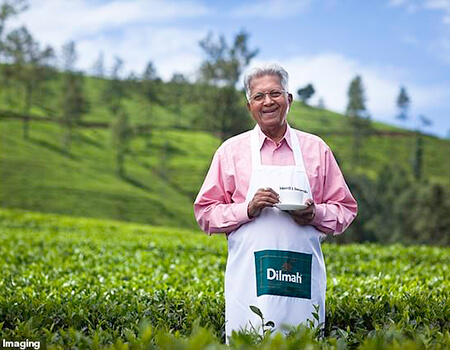 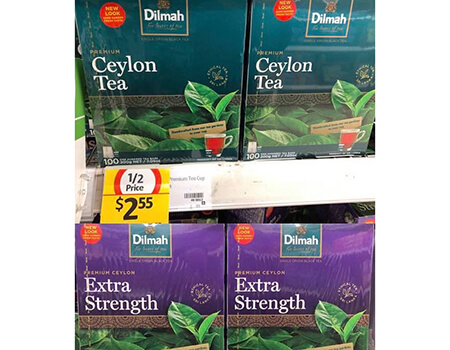 Merrill J Fernando, 90, was one of the first locals from the British colony of Ceylon -now known as Sri Lanka - to train as a tea-taster 19,000 kilometres away in London.

The then-teenager saw first hand the colonial exploitation of producers back home and vowed to one day start up his own ethically-produced tea company, which was realised 34 years in Australia later.

Mr Fernando was 58 when Dilmah first hit the market in 1988 through a Coles supermarket in Melbourne.

But it wasn't everyone's cup of tea as he recalled the hostile reaction he received from the industry.

'Competitors said ''This is a third-world unhygienic product being dumped here!' The chairman of the then Australian Tea Alliance threatened me. 'We will get your brand out of the supermarket,' he told Sydney Morning Herald's Good Weekend Magazine.

Dilmah was soon stocked in 35 more Coles stores in Melbourne before Woolworths expressed an interest.

It didn't take long for Mr Fernando to win over Australian tea lovers as the face of Dilmah Tea television ads as Dilmah expanded to New Zealand, Europe and then the US to become a global brand.

'I owe everything to Australian consumers,' he said.

Dilmah was the first producer-owned tea brand in the world, where 10 per cent of profits go to the MJF Charitable Foundation.

Mr Fernando said his time in London sparked an urge to stand up to the multinational brands to ensure tea farmers from Sri Lanka and other developing countries got their fair share of the profits.

'They would mix Ceylon tea with tea from other regions and market it as 'Ceylon Tea' – because Ceylon tea is known as the world's finest – at 20 or 25 times what they paid the poor farmer! They exploited our tea farmers, their families and workers – and equally the consumer – by telling them lies,' he recalled.

It's not the first time the tea mogul has recalled Dilmah's tough debut in Australia.

'Two Englishmen working at a big tea company told me, 'we give you the interest, you keep supplying the tea, don't do our job, we do it best,' Mr Fernando told news.com.au in December.

His son Dilhan added: 'It was a time when our political colonialism had been replaced by an economic form of colonialism, so he was viewed as an upstart that should not be allowed to exist.'

Mr Fernando stepped down as chief executive last year for son Dilhan to take over the reigns but remains involved as chairman.

Mr Fernando said the next generation is just as keen to be involved and insists his empire will never leave the family.