Bellissima flavours at Brew 1867 by Dilmah 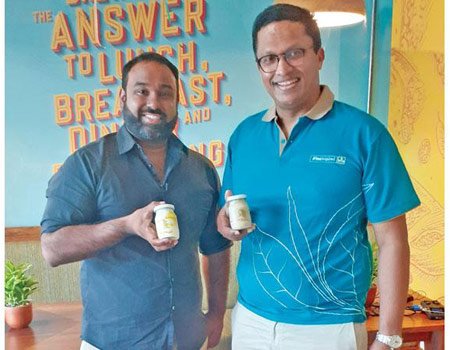 With 1867 being significant as the year of transition when Ceylon Coffee gave way to Ceylon Tea, Dilmah has also succeeded in concocting soul warming brews through its newest venture of concept cafés.

According to the CEO of Dilmah, Dilhan Fernando, “The concept behind Brew 1867 cafés is to always have good food at an affordable price for every palate, with a variety of options from the healthy to indulgent and everything in between, while giving focus to locally inspired recipes.

“We are happy to have Bellissima’s signature biscuit puddings in our range of desserts which match with our café’s culture we are striving to develop,” he said.

The founder and owner of Bellissima, Dush Ratnayake said, “We feel excited and privileged to have created two exclusive flavours for Brew 1867 which are featured along with the rest of our non-alcoholic range of biscuit puddings.”

According to Dush, The Virgin Pina Colada as a flavour was his first choice because of its truly global flavour with Sri Lankan ingredients.

“We have some of the best coconuts and pineapples in the world. The universal popularity of pina colada mirrors Dilmah’s success as one of our greatest local brands that has reached global recognition.”