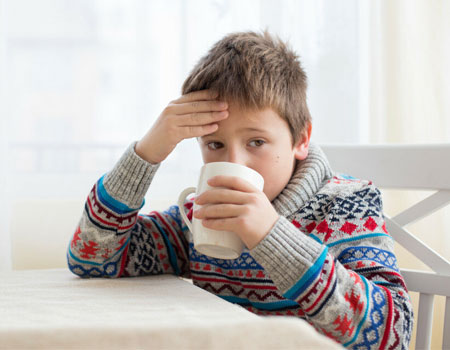 KIDS could be banned from buying tea and coffee because of its high caffeine content, a government report reveals.

Ministers may also force firms to include large health warnings on packs of teabags and coffee beans.

Excessive caffeine consumption amongst children has been linked to anxiety, sleep disruption and hyperactivity.

But most of the focus has been on energy drinks, which are popular with youngsters and laced with caffeine and sugar.

Products containing more than 150mg of caffeine per litre must include a warning but tea and coffee are currently exempt.

The Department of Health consulted last year on plans to ban the sale of energy drinks to children, with the result expected later this year.

Now a new document shows the ban could be extended to other caffeinated products.

The revelation is made in the Department of Health’s response to a Commons Science Committee report on energy drinks.

Members warned there is “insufficient evidence” that children’s consumption of energy drinks was any different to tea or coffee.

And they called for more research into whether energy drinks are any more harmful to kids than others containing the stimulant.

The government response says: “If we are presented with evidence through the consultation that other foods or drinks containing high caffeine also present an issue then we will consider whether action needs to be taken to restrict children’s access to these items.”

Labels on highly caffeinated products must warn they are not recommended for children or women who are pregnant or breastfeeding.

Tea and coffee are exempt under EU rules, but the document says this could be reviewed in Westminster after Brexit.

Pregnant women who have too much are at increased risk of miscarriage or having a baby with a low birthweight.